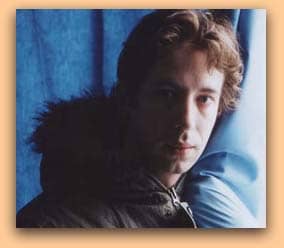 CINEMA-goers will get to enjoy Keady actor Michael Colgan’s long-awaited and critically-acclaimed performance in ‘Good Vibrations’ when it is released across the UK and Ireland this Friday, March 29.

A  labour of love for all involved, this is one of the most eagerly anticipated films to come out of Belfast for many years.

Good Vibrations is the heart-warming and uplifting story of Belfast music legend Terri Hooley, the man responsible for discovering The Undertones and recording Teenage Kicks, giving alternative music a chance to flourish in 1970s Belfast.

Terri Hooley (Richard Dormer) is a radical, rebel and music-lover in 1970s Belfast when the Troubles shuts down his city. As all his friends take sides and take up arms, Terri opens a record shop on the most bombed half-mile in Europe and calls it Good Vibrations.

Through it he discovers a compelling voice of resistance in the city’s nascent underground punk scene. Galvanising the young musicians into action, he becomes the unlikely leader of a motley band of kids and punks who join him in his mission to create a new community, an alternative Ulster, to bring his city back to life!

Good vibrations will be showing at the Curzon Soho in London, various arthouse cinemas in England and Scotland, and all over Ireland, north and south, including the QFT.
Co-starring, among others, Dylan Moran and Adrian Dunbar, it’s already had great reviews from Time Out, Empire Magazine, and Mark Kermode on FiveLive!
Michael Colgan – who plays Dave Hyndman in the movie – was born Michael Hughes in Keady, and educated at St Patrick’s High School in the town and later Oxford University.
He trained in theatre at the Jacques Lecoq School in Paris, then moved to the UK, where he works regularly in theatre and TV, his on-screen credits including The Bill, New Tricks, Holby City and Midsomer Murders. He has also appeared several times at the Abbey Theatre in Dublin.
To celebrate the release of Good Vibrations, QFT is hosting a very special event during the film’s opening weekend.
The 7pm screening this  Saturday, March 30, will be followed by an audience Q&A with the film’s directors, Lisa Barros D’Sa and Glenn Leyburn. Following the Q&A, the Jameson Bar at QFT will play host to the Good Vibes Party, with DJ sets from David Holmes – who co-produced the film and provided the original music – Stuart Watson, Jeff Doherty and Mark Reid.