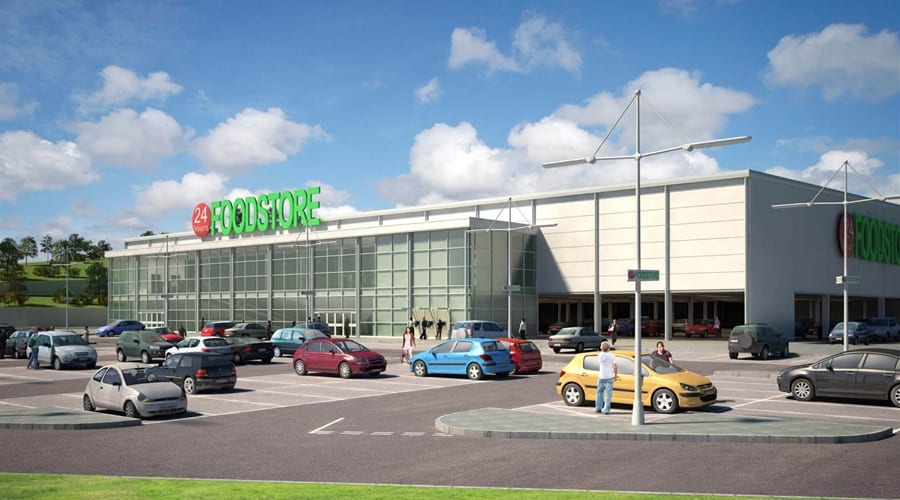 Plans for a major mixed use development at Carnbane, Newry, will go ahead after a judicial review aimed at halting the development failed.

A court today ruled in favour of allowing the £50 million project, which will see up to 70 units for industrial and business use, together with a major retail supermarket and 14 residential properties.

The developer says the scheme, on a 32-acre site, will create in the region of 400 full and part-time jobs.

The decision to appeal the earlier approval given by Environment Minister Mark H Durkan was taken by Newry Chamber of Commerce.

And this afternoon, Glyn Roberts, the chief executive of the Northern Ireland Independent Retail Trade Association (NIIRTA), expressed disappointment that the “major out of town hypermarket at Carnbane” will now go ahead.

Mr Roberts said: “NIIRTA fully supported the decision of our colleagues at Newry Chamber of Commerce to judicially review the planning permission granted for this proposed out of town hypermarket.

“We are very disappointed with this judgment and will study it in greater detail.

“This proposed out of town hypermarket is a major threat to the viability of Newry City Centre and will displace and destroy jobs from existing retailers.

“It will take millions of pounds out of the city centre economy and radically reduce footfall.

“While today is a setback, we will continue to work with Newry Chamber of Commerce in supporting their city centre and ensuring it has a viable future.”