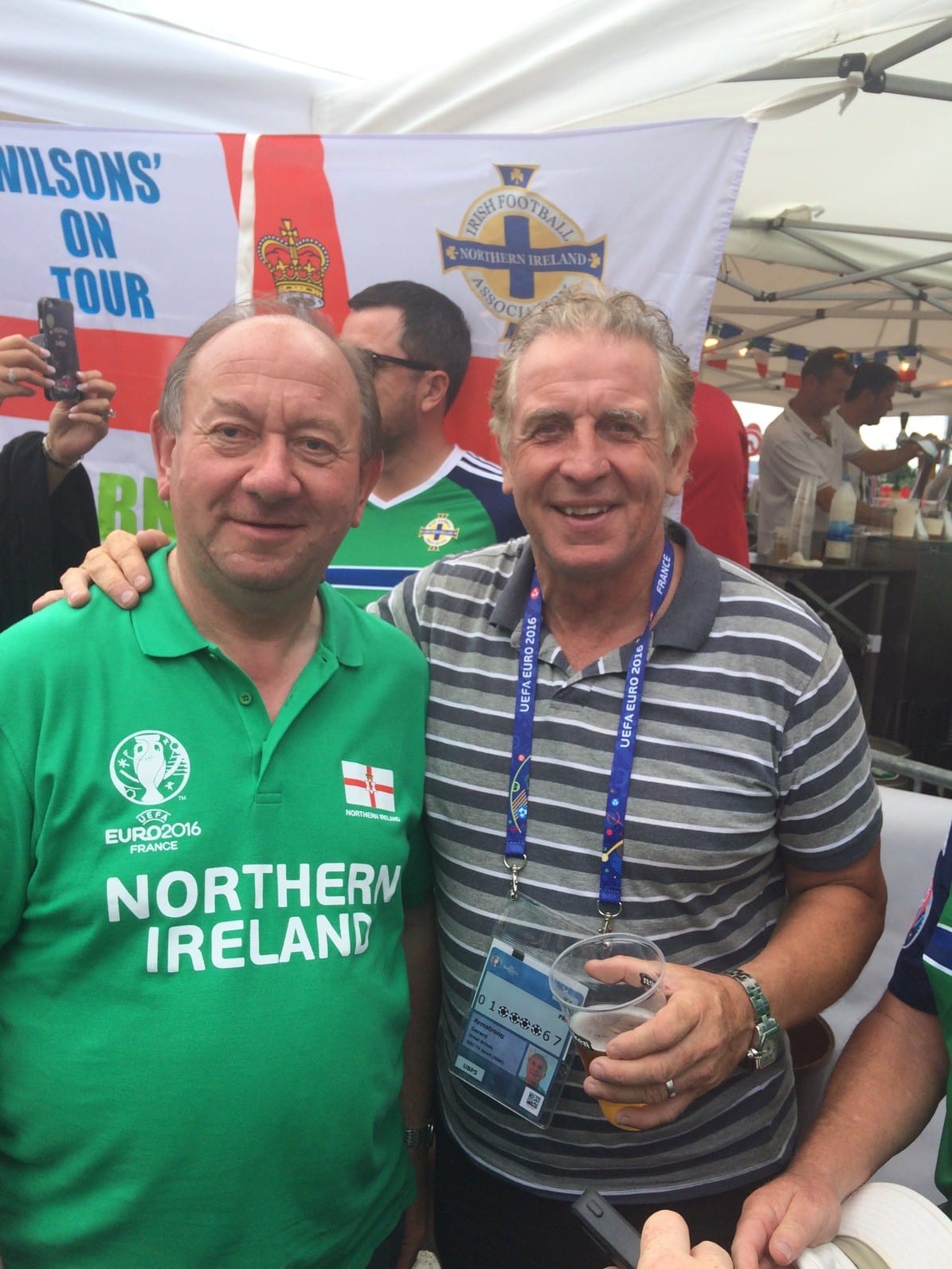 Mr Irwin who attended the game in France said the atmosphere was “electric” and praised the efforts of both the players and supporters. “What a game to witness and I am really impressed by the performance of the players and the magnificent support from the Green And White Army.

“The match was incredible and the team just never gave up pressing and pressing and then we got Gareth McAuley’s brilliant goal.

“The place just went absolutely wild and I have never witnessed anything like it and then to go on and get a second goal in last minute of added time was just amazing.

“Northern Ireland has shown once again its sporting potential and once again we have performed with such class on the world stage. With Germany and Poland drawing their game there is everything to play for and I know that the team will give another stellar performance against Germany and who knows how this journey will end.

“The atmosphere the supporters created was electric and it certainly gives the Northern Ireland players such a boost to hear so many passionate Northern Ireland fans in full voice willing them on to victory. I wish the squad all the very best in their next big match against Germany and hope they go on to the next stage in the competition.”