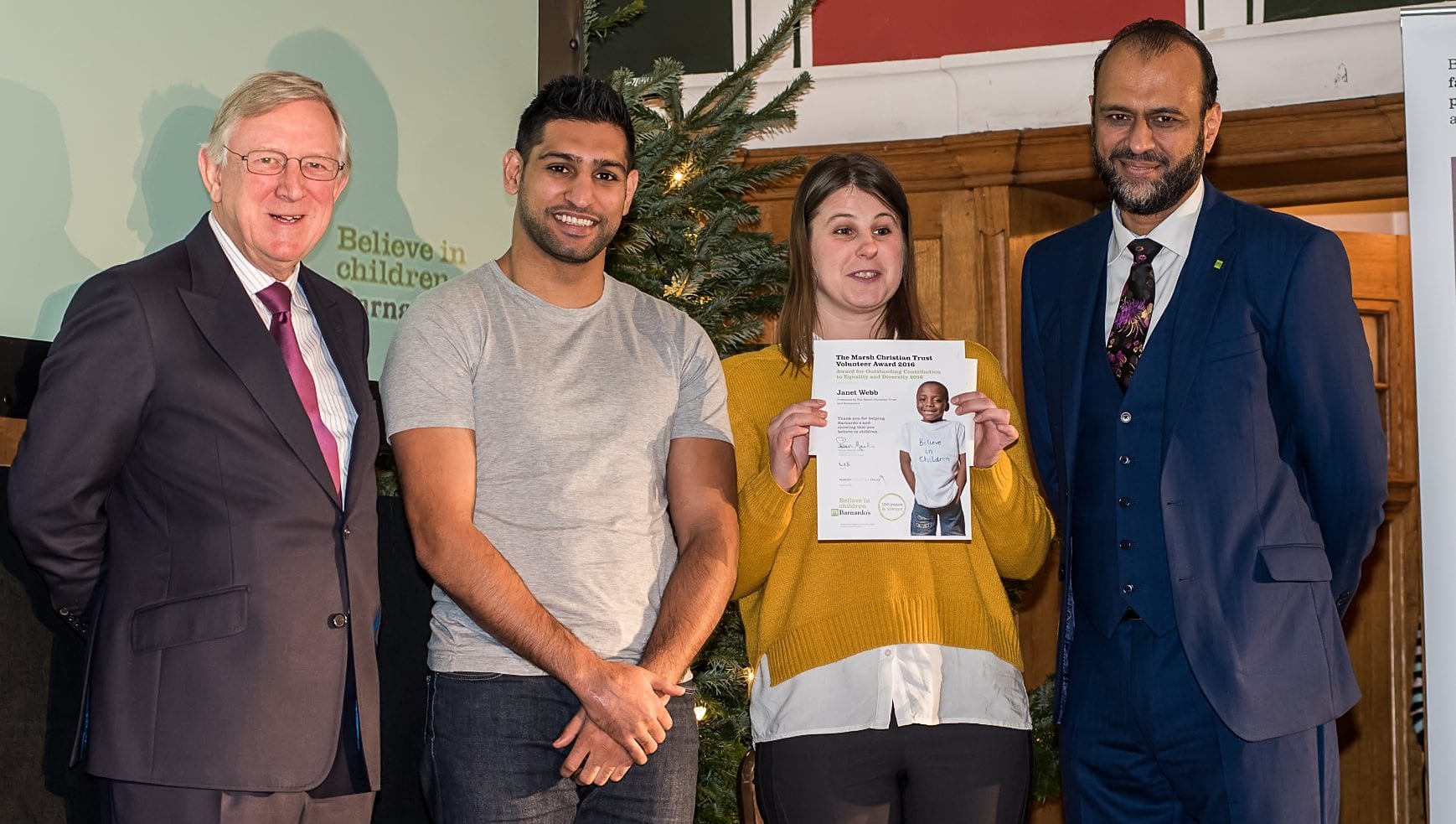 A young Armagh woman has been awarded a prestigious national award in recognition of her outstanding voluntary work to help others.

And former world boxing champion Amir Khan was delighted to bestow the honour.

Janet was presented with her award at in event in London by Amir, a Barnardo’s Ambassador.

The Armagh woman has been a volunteer with DCYPPP – which is based at Tower Hill in Armagh – for eight years.

She volunteers one Saturday a month at a meeting of the Project’s Sixth Sense advocacy group, supporting young people with more complex meets.

Manager of Barnardo’s DCYPPP Rosemary Murray said: “We are delighted that Janet has won this award. Janet attended DCYPPP for seven years before she became a volunteer and she works incredibly hard and is a real asset.

“She is able to draw on her own experiences to advise staff on particular needs and will always make sure everyone is catered for and is able to participate.”

If you are interested in volunteering with Barnardo’s please visit www.barnardos.org.uk/volunteering