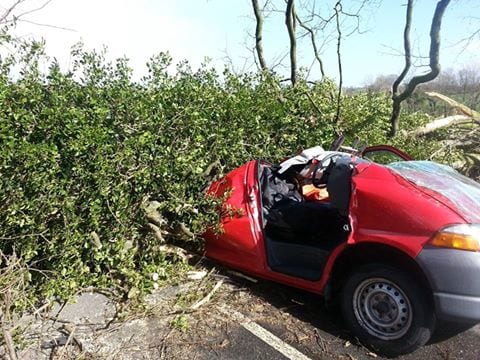 This picture shows how a motorist passing through Middletown earlier today had a lucky escape when a tree came down on his car. Thankfully, they report, nobody was seriously injured in the accident.

Police and other emergency services had been tasked to the scene.

The PSNI in Armagh, who shared the photograph via social media, are advising motorists to take care with high winds still forecast.

They say the public should heed weather warnings and only make necessary journeys.

A crushed van – and the tree that crushed it just outside Middletown this afternoon. Driver’s injured but stable. pic.twitter.com/QHpYCJWNkz