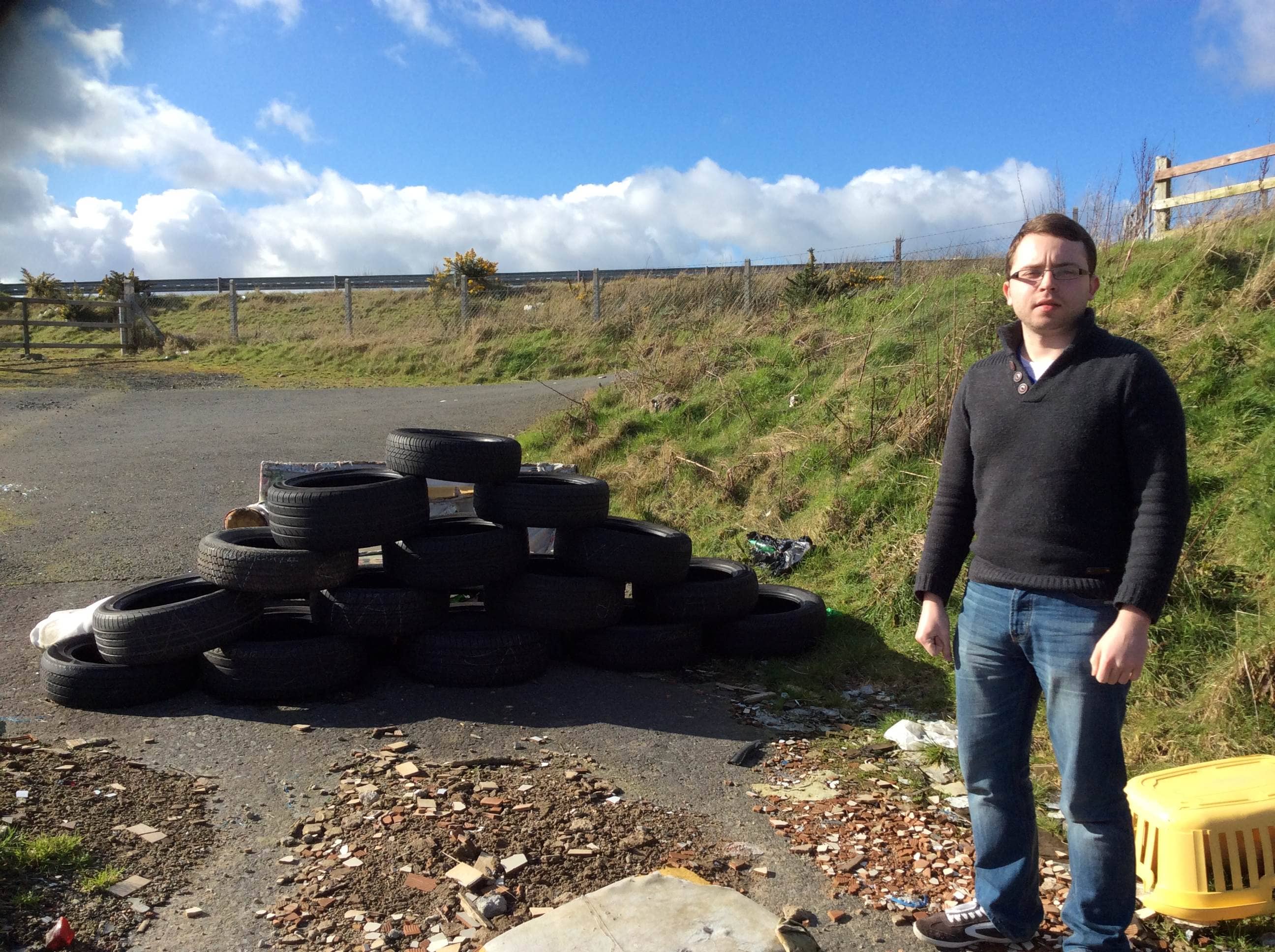 Having visited the scene of an illegal dumping incident at Craigmore, Sinn Fein councillor Dáire Hughes commented that ultimately every ratepayer would be forced to pay for the actions of those involved.

Condemning the dumping of a large amount of tyres near Craigmore the Councillor stated: “I share the growing concern amongst residents not only in this vicinity but throughout Newry and Mourne about the scale of this problem. The financial effect of this illegal dumping is that the cost of clean-up and disposal will have to be met by Newry and Mourne Council.

“At present Newry and Mourne Council spend £1.3 million per year dealing with rubbish and litter. In essence this will be ratepayers money going to tackle this scourge, diverting much needed funding from other projects.”

Councillor Hughes confirmed that he had asked Newry and Mourne Council Enforcement & Refuse Officers to visit the site and investigate the scene as well as clear it.

“Many like myself believe in the tougher enforcement of the regulations currently in place. I would urge people to be vigilant and report any incidents of illegal dumping that they become aware of.”