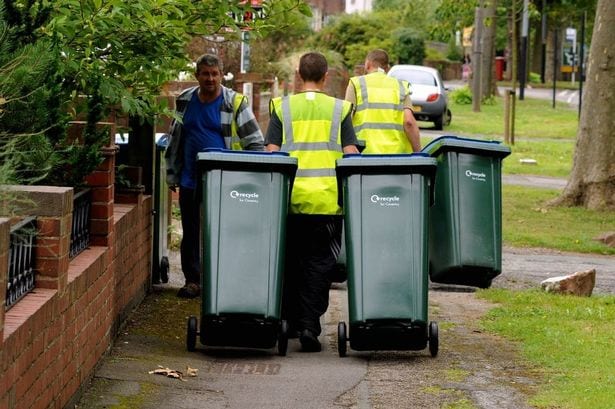 Householders in Armagh can tonight breathe a sigh of relief, after a possible change to a monthly black bin collection was trashed.

There had been fears that residents across Armagh City and District could see the fortnightly bin collection cut back to just one lift a month.

It had been an unpopular direction taken by Banbridge District Council as a trial in October.

The authority there came under fire and a local protest group had been established, under the umbrella of the Bin Action Group.

Fears locally had been that the trial would be rolled out across the entire new jurisdiction of the Armagh City, Banbridge and Craigavon Borough Council, when it takes over four weeks from today (Wednesday), on April 1.

At a meeting of the strategy committee of the new ACBCBC Council held this evening in Banbridge, it was recommended d to bin the pilot scheme, which will now come to an end on March 31.

Residents living in Banbridge District, therefore, will revert back to the fortnightly refuse collection service – and the pilot will not then be extended across the current Armagh and Craigavon Council areas, as had originally been thought.

The decision to scrap the monthly pilot scheme is, of course, still subject to full council approval when it sits again on Thursday, March 19.

But, given that it received the majority support tonight, it seems highly unlikely at this stage that it will continue beyond April 1.