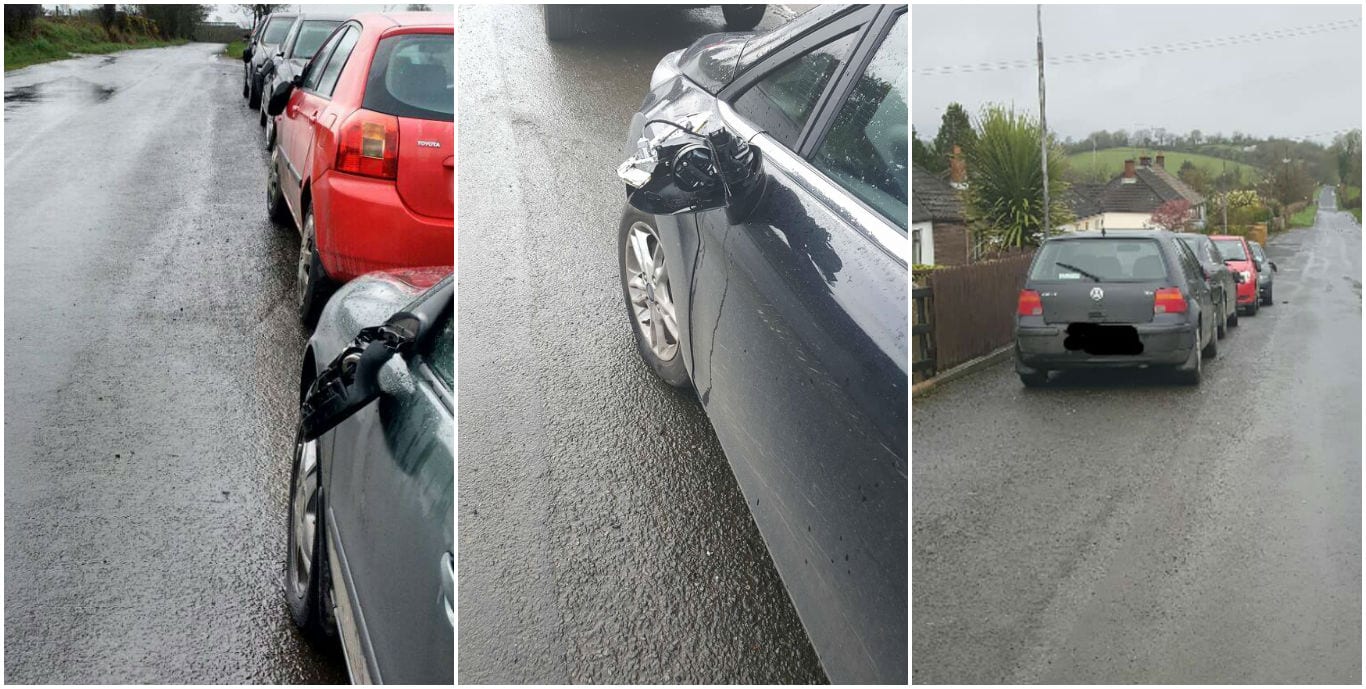 Residents in Granemore woke this morning to view the damage caused during a second night of mindless vandalism in the area.

In all, 11 cars have now been targeted, the culprits targeting vehicles parked along the Dundrum Road in Granemore.

One of those whose car was damaged called for people in the area to be vigilant and report any such activity.

She has also called on those responsible to stop immediately.

The first incidents – which included wing mirrors being broken off – happened during the early hours of Friday morning, but the culprits returned last night.

The resident, who did not wish to be named, said her own car was damaged, along with that of her sister, parents and next door neighbour.

She told Armagh I : “The cars were parked outside our houses. We live on a half a mile stretch of road in a wee row of eight cottages. Everyone in the row parks their cars outside their houses.

“We never had any problems until the other night.”

A total of five cars were damaged last night, with six the previous evening.

She added: “Wings mirrors were smashed off all of them last night. The damage on St Patrick’s night was the same but they only managed to break off two mirrors – last night they made sure they got all of them off!”

The damage happened sometime between 3am and 6am and has been reported.

“Local people are completely shocked and disgusted by this incident.

“For 11 cars to be targeted over a two-night rampage of vandalism in the quiet Granemore countryside is just terrible.

“People are rightly outraged by these actions.

“I would strongly urge those responsible to please come to their senses and desist from such criminal activity.

“I don’t know what would prompt someone to do something so indiscriminate as this but the reality is there are 11 residents who are facing hefty bills to get their car wing mirrors replaced, some who are students and others who are elderly.

“Added to that is the fear of these residents that someone targeted their cars while they were all asleep in their beds.

“If anyone noticed anything suspicious on Friday or Saturday night in this area, no matter how small, please come forward to the local police so that those responsible can be apprehended.”

Residents have been offered assurances that police will step up patrols in the area in response to these incidents.

Anyone who has any information on these acts of criminal damage can contact the PSNI in Armagh on the non-emergency number 101.

Alternatively, information can be passed to Crimestoppers anonymously on 0800 555 111.