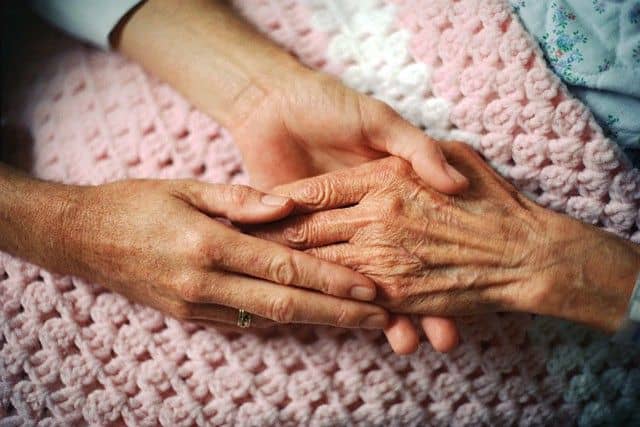 SDLP Councillor Thomas O’Hanlon has described the proposed closure of the Gillis Unit at Mullinure by the Southern Trust as wrong but sadly no surprise following its announcement this week.

It was revealed last week that the dementia unit was to be close with a new build planned at Craigavon Area Hospital.

“The Southern Trust’s plans to close the Gillis Unit at Mullinure is a terrible decision,” said Councillor O’Hanlon.

“It is completely and utterly wrong but then again is not a surprise as it follows in a long line of closures inflicted upon Armagh by the Trust over recent years.

“This decision just doesn’t add up.

“When the former Minister for Health Michael Mc Gimpsey signed off on the closure of the then Mullinure Hospital and relocated its services to Dungannon we were told that the creation of Gillis would secure the long-term future of the site and thousands of pounds were spent on adapting the building for Gillis.

“Services were all relocated to Loane House, which was a much inferior building than Mullinure and now, as part of these proposals, Loane house will close too with all its services being relocated to a new-build facility at Craigavon Area Hospital.

“We need to have a serious audit of the successive decisions by the Southern Trust which have resulted in services being withdrawn from Armagh City and now other areas and they are all being pulled back to ‘new purpose build’ facilities in Craigavon.

“Where is the fairness, equity and rural proofing in these decisions.

“Of course we will be told it is about creating centres of excellence and co-locating services close to one and other but it’s all to Armagh’s cost.

“The Southern Trust carried out public consultation over recent weeks, and yet I don’t believe they took any notice of any of the submissions, but then again that’s no surprise.”

Commenting on the news that the Gillis Unit in Armagh is to close, Lord Mayor of Armagh City and District Cllr Cathy Rafferty said it flew in the face of the pledge to lead the fight against dementia.

“This news is another blow to the City of Armagh and the provision of health care and support services to our local communities,” she said.

“Interestingly some time back Conservative Prime Minister David Cameron warned that a ‘big global push is needed to make up for years of underinvestment’ to tackle dementia, an illness that is costing the NHS, Social Services and the economy up to £21 billion a year.

“Closure of the Gillis Unit is not the answer. People with dementia and their carers need quality care and support, not the diluting of services under the guise of maintaining and developing hospital-based care which is of the highest standard.

“We must unite to stop this very focused attack on our local health facilities and services.”