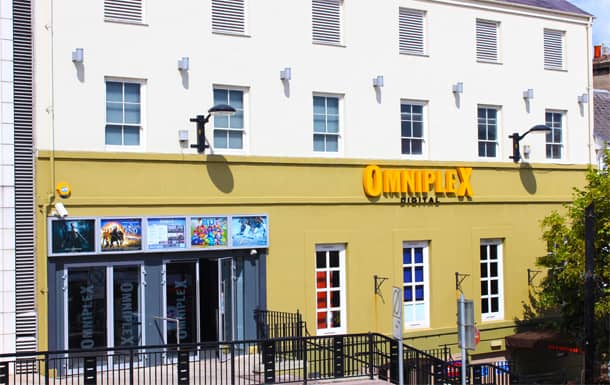 The future of Armagh’s Omniplex cinema has once again been cast in doubt following comments made by the company’s Operations Director.

Just as the company opened a massive £4.5m complex in Craigavon, movie-goers in Armagh city cbould face the prospect of the cinema shutting up shop.

The Omniplex in Armagh has reported an increase in rates of up to 190% – the highest of all the company’s cinemas in Northern Ireland, yet it is by far its smallest branch.

The company’s operations director Paul John Anderson says they will have to look at some sites to see if they remain viable.

Mr Anderson told Belfast Live: “Our smallest cinema is in Armagh and it is being subjected to the highest rate increase of 190%.

“We were notified of the increases last November, but had we known in time we may not have gone ahead with the Craigavon opening.

“The cinema industry is extremely competitive in Northern Ireland and we always try to maintain low ticket prices.

“However, with increasing overheads we may have to pass some costs on to our customers.

“We were not expecting such high rate increases and we will be appealing these increases.”

He added: “Although all our Northern Ireland cinemas are currently performing well, we cannot predict what harmful effect these rises will have.

“It is too early to talk about closures and we have not planned a date for raising ticket prices as yet.”

“The government is really hurting the industry with these crazy rates hikes.”

Despite the rates increase, Armagh I, understands that the council secured the arrival of Omniplex on a deal which included an undisclosed amount of years of free rent on the Market Street site.