Funding secured for developments in Armagh, Portadown and Banbridge 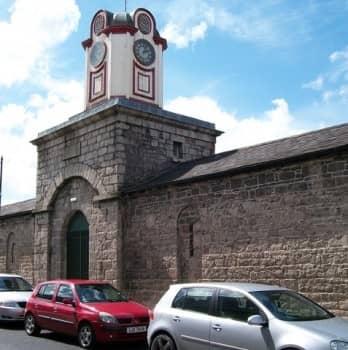 There are plans to redevelop the famous Johnston Building at the Shambles Market in Armagh.

It is one of three projects to be completed across the borough under a revitalisation project with an estimated total cost for all three in the region of £330,000.

The Johnston Building – a listed property regarded as part of the fabric of old Armagh – is currently used to host part of the Shambles Market. A tender went out this week, in the sum of £88,000, for the work, which will include remedial works to the roof.

A total of £130,000 for the projects has been earmarked by Armagh City, Banbridge and Craigavon Borough Council, with £200,000 pledged by the Department of Social Development.

The contract for funding stipulates that all elements of the project must be completed before the end of March next year.

The other two elements include regeneration of ‘The Cut’ in Banbridge, with public realm works, and environmental improvements to The Pump House in Portadown.