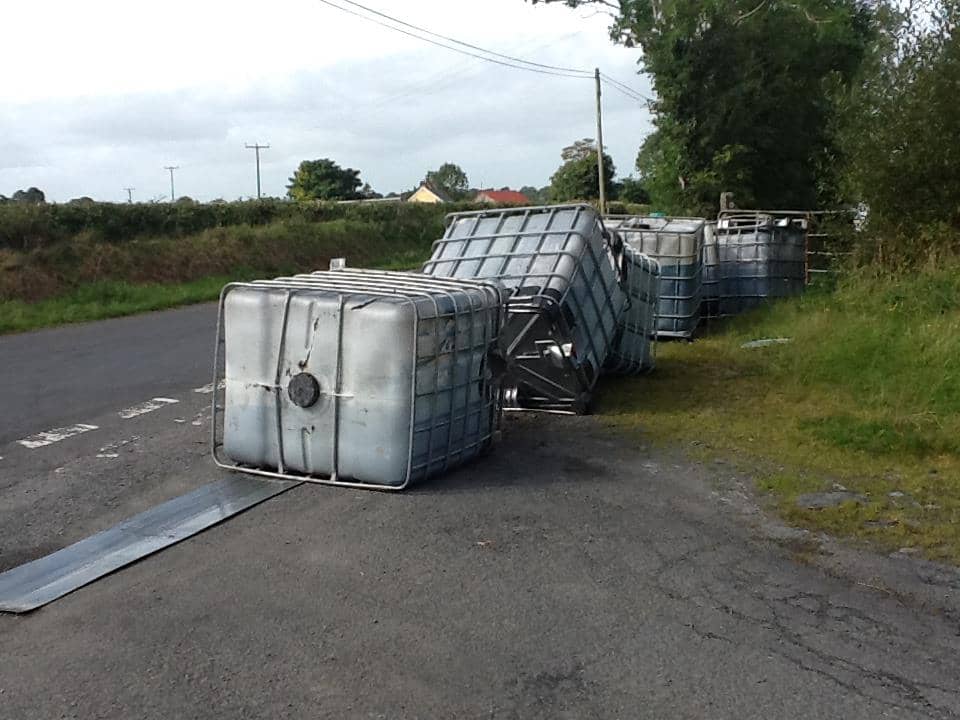 THE scourge of fuel dumping in Armagh has hit again – this time in rural Derrynoose.

A number of waste pods were strewn across Crossnenagh Road, Derrynoose at the junction with the Lower Clea Road.

And Councillor O’Hanlon has called for a renewed effort to catch those responsible.

“Those who contacted me were angry that their community was being used as someone’s dumping ground,” he said.

“This is a growing problem and every effort is being made to try and stop those, what can only be described as mindless. This is no victimless crime, those responsible may be making big money but whilst they are local communities are counting the cost of their activities.

“The dumpers choose to creep in under the cover of darkness and dump their waste; some tubs burst all over the road and can leak into drains and rivers and this is not to mention the damage their fuel is causing to cars.

“In recent months we have seen Carnagh, Aughnagurgan, Granemore, Mountain Lodge, Armagh City and the Carrigatuke areas all targeted by these thugs, and the same problem persists right across the border counties. The cost of cleaning up this mess is landed on the taxpayer and this cannot continue.

“We need to see a renewed effort in attempts to have those responsible caught , communities across the border counties are fed up with their areas being used as dumping grounds, the environment is being damaged as are cars and we’re left with the clean-up bill. Serious action is required and they must happen now.”