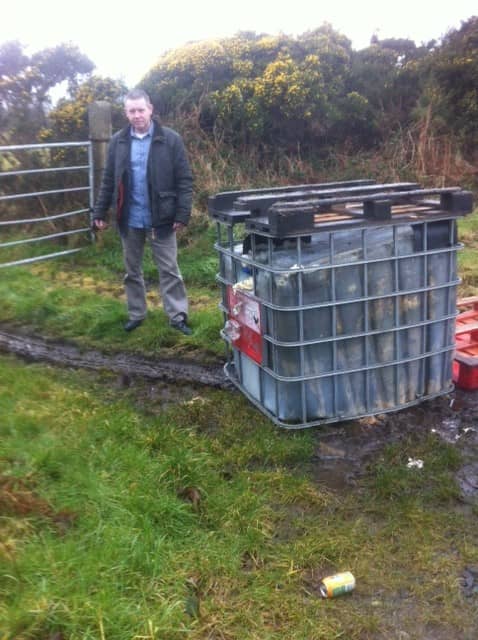 Two containers full of fuel waste have been dumped on the Captains Road, Forkhill, in south Armagh.

Cllr Larkin said: “This container, as the picture shows, has been discarded upside down at the entrance to a field.  The contents has spilled into the adjoining farmland which is an environmental and pollution concern.

“People in south Armagh are sick of the scourge of dumping and I call on those responsible to stop this practise.  I have contacted Newry and Mourne Council’s Environmental Health Department to arrange the removal of this waste.”