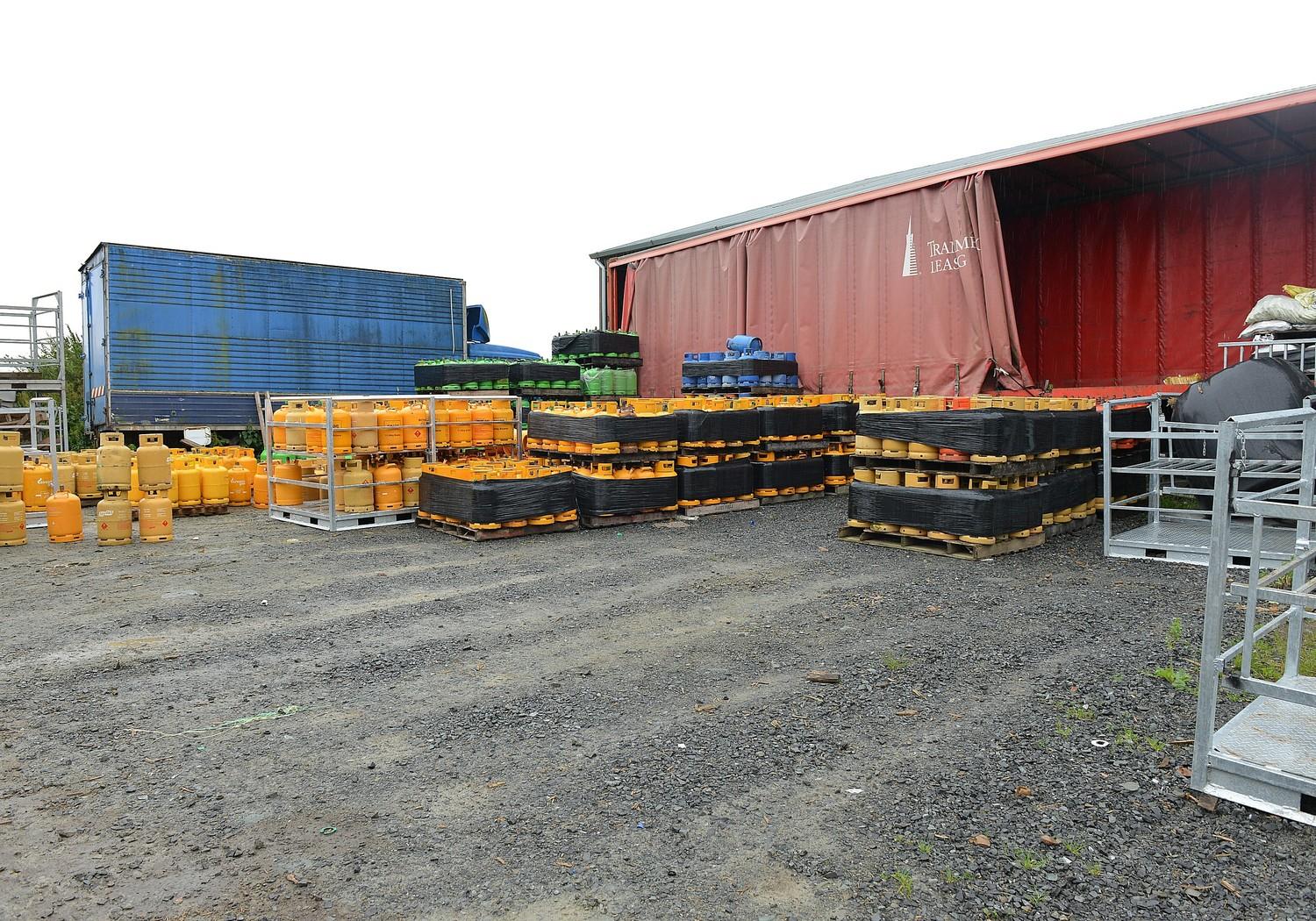 Police from the Reactive and Organised Crime Branch seized a large number of gas cylinders.

Inspector Lorraine Dobson said: “As part of an investigation into the illegal production and sale of bottled gas, police conducted searches at premises on Coolderry Road, Newry and Larkins Road, Crossmaglen today (July 20).

“We seized in excess of 1000 gas cylinders and eleven vehicles including a curtain sided lorry and G-Power forklift. A quantity of wine was also seized, along with computers and documentation.”

They are currently assisting police with their enquiries.

The Health and Safety Executive have been notified.