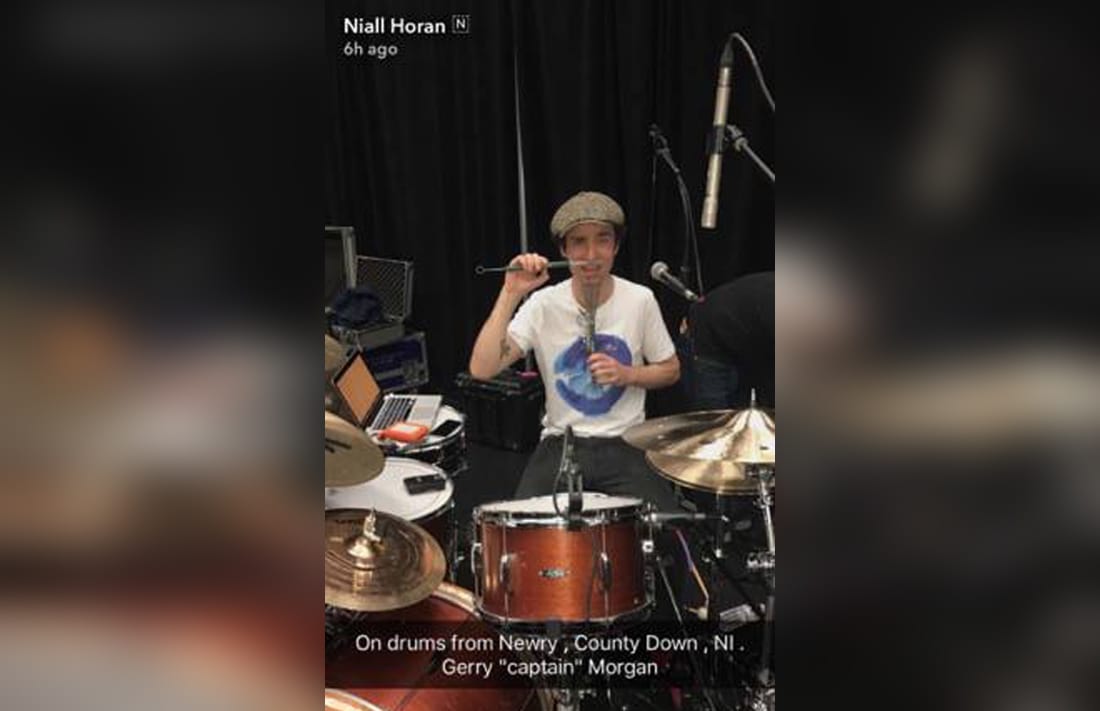 Two County Down musicians have been revealed among the line-up of former One Direction star Niall Horan’s new band.

The Mullingar musician has been teasing fans about his plans this week.

Horan – who revealed in September that he was about to embark on a solo career – is currently in the United States, where he is due to perform in San Diego on Friday before embarking on shows in Canada.

The 23-year-old started down his solo path with This Town and his new single, Slow Hands, is being well received.

He has revealed this week he will perform for the first time at Wembley Stadium as a solo artist on June 10 and is “feeling nervous” by the daunting prospect.

Drummer Gerry Morgan, is from Newry, while bassist John Bird is from ‘just up the road’ in Rostrevor!

The ex-1D-er introduced both on Wednesday night when he posted pictures of the pair on Snapchat.

It is understood Niall is putting the finishing touches to an album at present.

But he will take to Wembley alongside the likes of Maroon 5 and Little Mix for Capital Radio’s Summertime Ball.