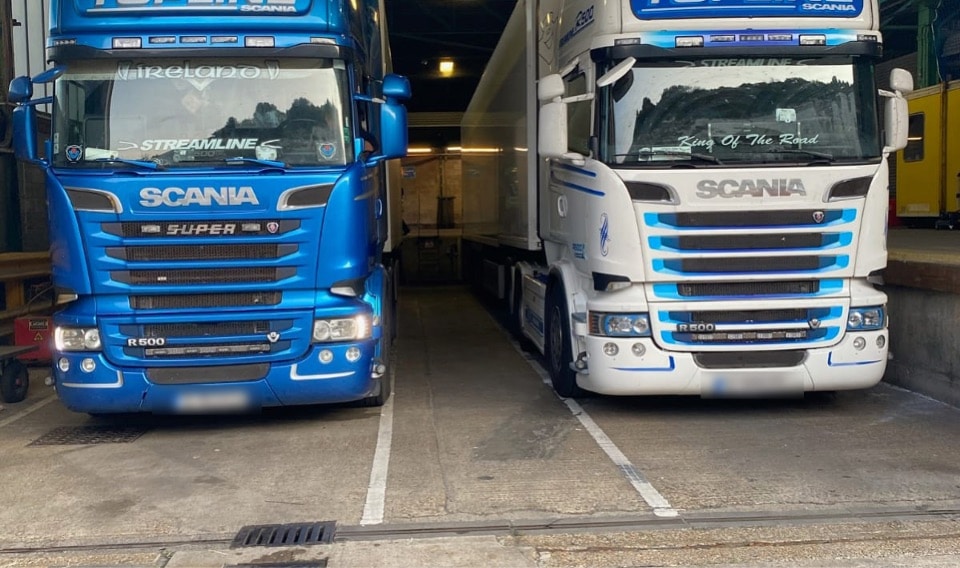 Five people – four from Northern Ireland – have been arrested by the National Crime Agency as part of an investigation, supported by the PSNI, into a crime group suspected of attempting to import cocaine worth £1 million.

Officers moved in to arrest the five on Thursday, September 10, detaining three men in the Essex area and two more in North Wales.

At the same time three lorries were seized.

The men are suspected of being involved in the importation of class A drugs from the continent.

Four of those arrested are known to be based in Northern Ireland, the other man is from the north of England. They are all aged between 21 and 59.

Specialist Border Force officers were called in to conduct detailed searches of the HGVs.

In one, a complex concealment was located, which once opened was found to contain around 21 kilos of cocaine.

At the same time officers from the NCA and PSNI time carried out searches at a number of properties in Northern Ireland.

The investigation has also been supported throughout by An Garda Siochana and the Organised Crime Task Force.

The five men were questioned by NCA officers, and have now been released on bail. “This is a highly significant operation in terms of our activity to target organised crime impacting on Northern Ireland.

“In making these seizures we have both prevented a large quantity of drugs from reaching our streets, and denied criminals an important avenue for smuggling.

“I’d like to thank colleagues from the PSNI, Garda and Border Force, without whom we wouldn’t have been able to achieve the results we have so far. Our investigations will continue.”

Detective Superintendent Rachel Shields, from Police Service NI’s Criminal Investigation Branch said: “Our detectives have been working in collaboration with the NCA in relation to this operation for some time.

“We will continue to work closely with, and support the NCA in their work to disrupt the nefarious activities of organised crime groups.”