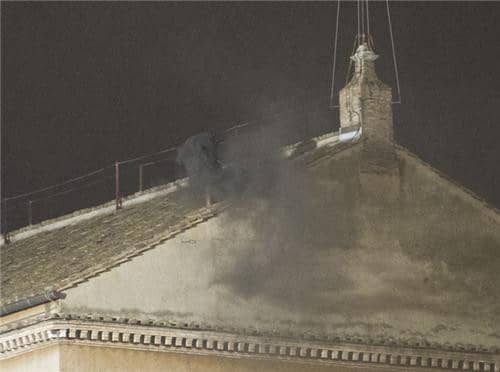 THE first day of the papal conclave has ended without an agreement on the new leader of the Catholic Church.

Cardinal Séan Brady, Archbishop of Armagh and Primate of All-Ireland, was among 115 cardinals charged with the responsibility of electing a new Pope following previous incumbent Benedict XVI’s retirement.

But at 6.45PM tonight the crowd in St Peter’s Square saw black smoke coming from the chimney of the Sistine Chapel, signalling a failure to agree on a candidate.

The cardinals will reconvene tomorrow at 8.30AM to begin the discussions again.