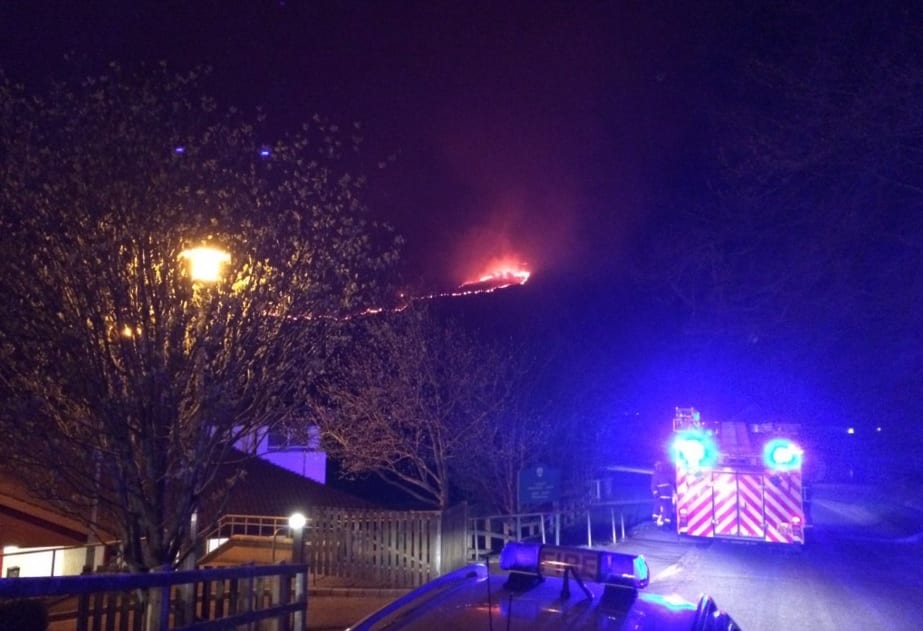 Locals told to remain inside as firefighters, under the cover of darkness, battled the blaze which stretched across large parts of the Slieve Brack mountain.

The cause of the fire is unknown at present and it remains unclear as to the extent of the damage this morning.

A Northern Ireland Fire and Rescue Service (NIFRS) spokesman said last night: “We currently have crews engaged in fighting a wildland fire in the Slievebrack area.

“This fire is producing a lot of smoke which is being pushed towards dwellings in the Forkhill area.

“NIFRS advises all local residents in the vicinity of this fire to close windows and doors at this time.”

#Crossmaglen crews attended a #wildfire in Forkhill, due to risk of injury we had to standby and allow it to burn. pic.twitter.com/gbHKNLbpGz