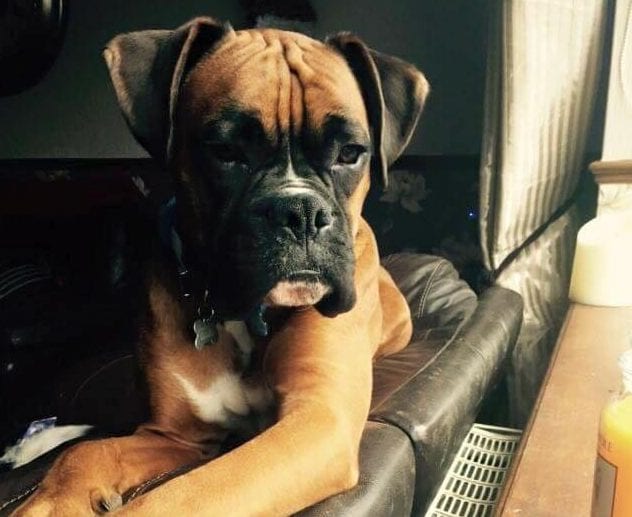 The elderly owners of a dog that was stolen and held for ransom said he has been destroyed by a farmer.

Finn was taken from the garden of their home at Ballybay, Co Monaghan at around 3.30pm on Wednesday, December 7.

Finn’s collar had been removed and left lying in the garden.

The owners had offered a reward and two weeks ago expressed the belief that their beloved boxer may have been taken north.

But the owners were left feeling sick and disgusted after a Boxing Day telephone call demanding €15,000 be paid for the dog’s return.

The caller – who spoke with a “very strong country accent” – said Finn would be hanged from a tree if the money was not paid.

However, a post to the ‘Bring Finn Home’ page, revealed that the dog was no longer alive.

“It is with great sadness that Liam Brady, the detective we hired, has come to the conclusion that Finn was destroyed by a farmer,” read the post.

It continued: “His body has not been recovered.

“We cannot thank you all enough for caring, for your overwhelming generosity and and for giving such amazing support throughout this sad time. This is so very sad, we are devastated.”