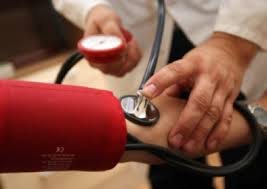 SDLP Councillor Thomas O’Hanlon has sought immediate assurances from the Chief Executive of the Southern Health and Social Care Trust that the GP out of hours service in Armagh will be protected and that it will not become the next service to be withdrawn due to lack of medical cover.

It has emerged there was no cover in place at Tower Hill from last Tuesday right through until Sunday.

Councillor O’Hanlon said every evening last week there had been no cover in Armagh for the GP out of hours Service.

“If someone needed to visit the service been 7pm to 11pm then they could not get it in Armagh but had to travel to Craigavon, Dungannon or Newry.  This is because the Southern Trust cannot provide GP out if hours cover in Armagh during this period.

“The Southern Trust operates five GP out of hours centres, including at Craigavon Hospital and at Daisy Hill.  In addition to this the trust also operates two Emergency Departments at  both Craigavon and Daisy Hill, so the question has to be asked just why do the people of Craigavon and Newry have both GP out of hours services and Emergency Departments whilst the people of Armagh and the surrounding area are left with nothing.

“Sometimes I think the Southern Trust wants the people of this area to make an appointment to be sick. It’s a disgrace.

“We are all too aware of the chaos in health at the minute. Night after night our television screens show stories about no staff cover in the Emergency Departments. Talk to the nurse or doctor in any area or in any surgery and they are at their wits end.

“Only last week I had to chase up a referral for a constituent which was recommended by his GP over 15 months ago.

“And despite all the major headlines, poor old Armagh gets the second class treatment again. Enough is enough.

“Why does the Southern Trust continue to downgrade the people of Armagh? They obviously don’t deem us as a priority if they won’t even provide an out of hours GP service, while providing double services in Craigavon and Newry.

“I have written to the Chief Executive of the trust and asked her to justify the decision, given that the trust has five sites, why was the decision taken to not have the service in Armagh during the week.

“I have also asked the trust to explain how this situation has materialised, what are the plans going into next week and what cover is available to the people of Armagh and rural communities in areas such as Derrynoose.”