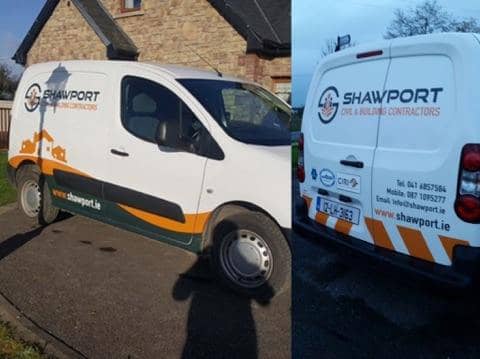 A Co Monaghan family are appealing for help in finding two vehicles stolen overnight in a creeper style burglary.

Michael McAree’s work van – with the building contractors Shawport logo on the side – was taken when the thieves targeted a house at Emyvale.

The house was broken into some time bewtween midnight last night and 5.30am this morning (Wednesday).

The owners believe that the vehicles were driven north.

Michael’s sister, appealing to Armagh I for help, said: “There was a lot of tools in the van but at the moment we are more concerned with recovering both vehicles.”

The thieves broke into the house and helped themselves to the keys before making their escape.

Gardai in County Monaghan are investigating and have appealed for witnesses or anyone with information on the present whereabouts of the vehicles to get in touch. They can be contacted on 00 353 47 77200.