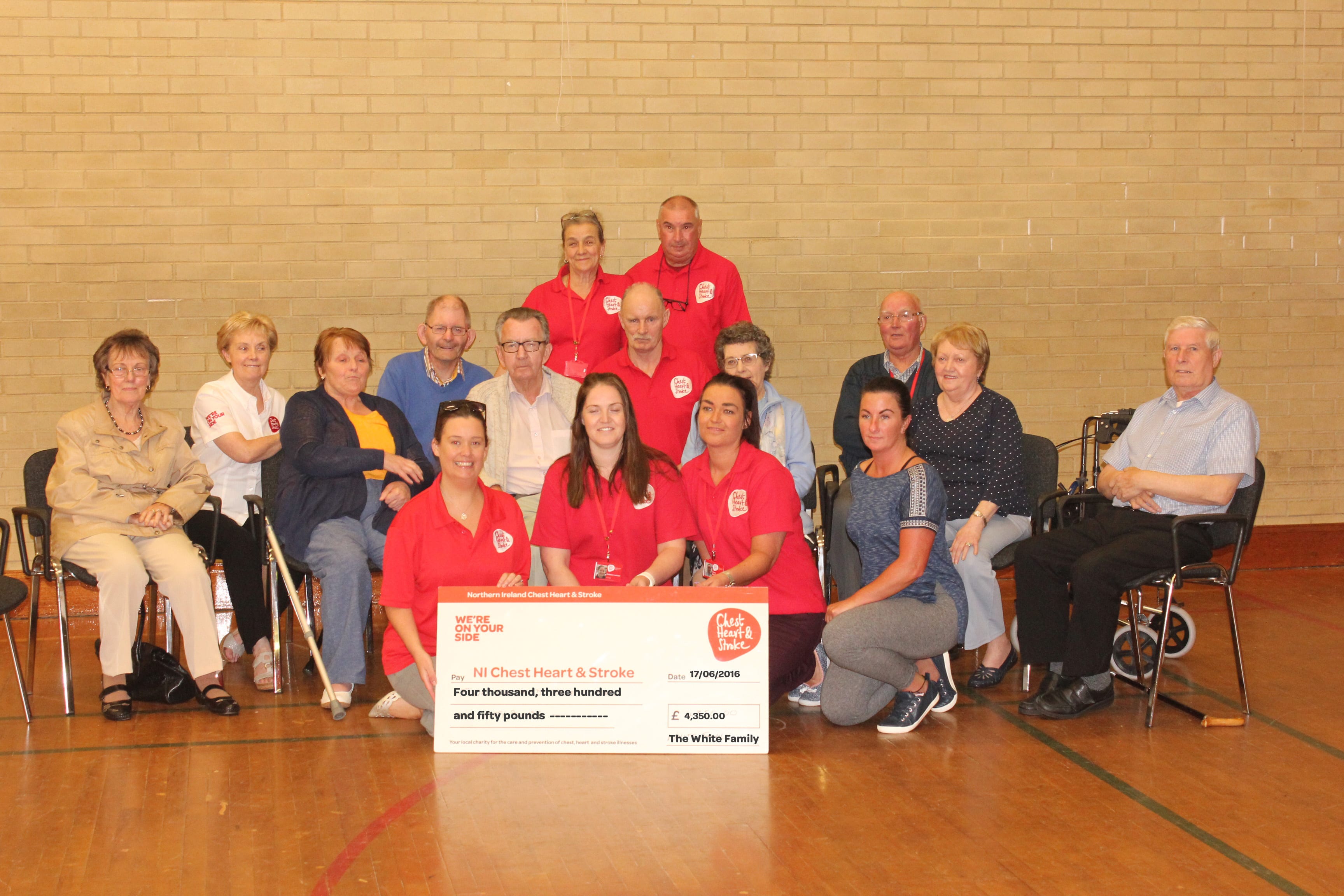 A dedicated family are preparing to undertake their latest fundraising initiative for the Northern Ireland Chest, Heart and Stroke in memory of their mother.

The White family have already raised thousands of pounds for the work of this vital charity.

And they are hoping for further support from the public as they continue with their endeavours in September.

Patricia White suffered a massive stroke in 2014 which had left her paralysed down the left hand side of her body.

Sadly, she was to pass away the following year from heart failure.

And, owing to the fact that the charity is marking its 70th anniversary in 2016 – which would also have coincided with the much-loved Patricia’s birthday – the family have been throwing themselves into fundraising.

Patricia’s daughters, Ciara Macsween and Colleen Lennon, from Newry, along with Northern Ireland Chest, Heart and Stroke’s Bessbrook Support Group, are pictured here presenting Cheryl Brown, from NICHS, with £4,350 raised in memory of their mum, who attended the Bessbrookgroup.

The White family are also now planning to take on the five peaks challenge in Northern Ireland on the weekend of  September 9, as part of NICHS’s Step Up Trek.

They have also held a Caberet Night in Newry in April which was hugely successful.

The family aim to continue their fundraising and Ciara and Colleen both volunteer at the Bessbrook Support Group.

They know, therefore, just how essential the services from NICHS are to local people suffering with chest, heart or stroke conditions.

What a fantastic effort and we wish the White family all the very best in their efforts!