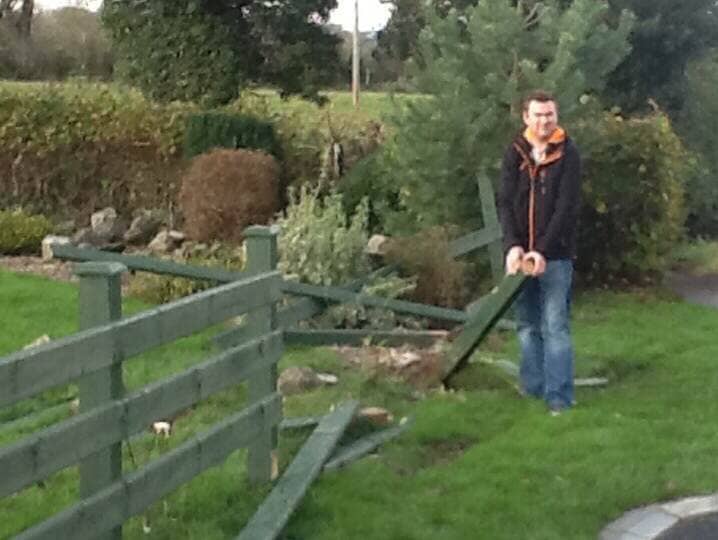 An Armagh family are afraid to venture into their own garden after a car crashed through their fence for a fourth time.

And local Councillor Gerard Paul White says he fears there will be further carnage on the Battleford Road in Armagh if action is not taken.

“A number of years ago there was a fatality on this stretch of road close to this family home,” explained the SF representative.

“There is a great fear that further death or serious injury will happen on this stretch of road if Roads Service do not take action to restrict the chance of carnage.

“That action may include ensuring the surface is not slippery, especially when wet, traffic calming measures and speed limit control.

“The fence around this family home has been crashed into four times, the most recent last week.

“There is a fear now to even let anyone out into the garden. This is not acceptable, no family should be living under that fear”.

Councillor White said he has raised the issue with senior officials from Roads Service locally and expected that the issues of concern would be addressed “as a matter of urgency”.

Photo: Cllr Gerard Paul White pictured at the fence which has been crashed into four times.