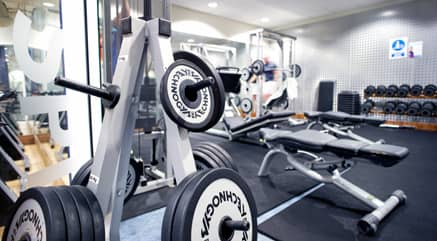 Two of the Province’s most celebrated and recognisable names in local sport are to take over the running of LA Fitness in Armagh, Armagh I can reveal.

The leisure facilities, connected to Armagh City Hotel, had been facing the possibility of closure at the end of the month.

LA Fitness revealed plans in March to offload 33 of its branches across the UK, including two here, that in Armagh and the other at Adelaine Street in Belfast.

It has been uncertain times for the city facility until now.

Armagh City Hotel has now reported a new management team will be taking over the reins.

Andy Ward, the former Irish rugby union flanker, who played for Ballynahinch RFC and was capped 28 times for Ireland during his career, will be joined by the respected GAA strength and fitness coach Tommy Stevenson.

The change of ownership is due to take effect from the end of the month and there may be some disruption during the transition period.