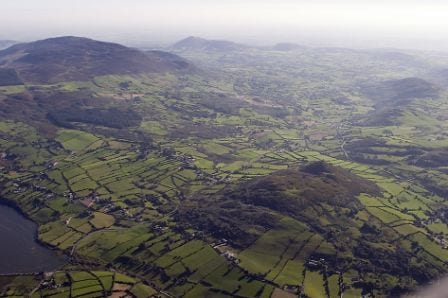 An emergency meeting of Stormont’s Environment Committee has been called for Monday over a decision to complete axe crucial funding for the Ring of Gullion.

The move to remove Northern Ireland Environment Agency money from this Area of Outstanding Natural Beauty will also hamper the potential for the Ring of Gullion to apply to other European funding sources.

Newry and Armagh SF MLA Mickey Brady said his party would do “everything in its power” to get Environment Minister Mark H Durkan to reconsider the decision.

“Like everyone else we were totally taken aback by the suddenness and severity of the cut to Ring of Gullion funding,” he said.

“This is sadly typical of the SDLP attitude to south Armagh in general.  For years their councillors have blocked funding for various projects in the region. Most recently they ensured that Gullion was kept out of the name of the new council and now their Minister has utterly obliterated NIEA funding to the Ring of Gullion AONB.

“While other AONBs have lost their funding as well, places such as the Belfast Hills, Causeway Coast or the Mournes are funded well enough from other sources to be able to absorb this cut and survive. Gullion is not. Seventy-five per cent of the AONB Management funding comes from the NIEA.

“Crucially, what this means is that, not only will the Ring of Gullion lose out on this funding but, without any management, from July it won’t be able to apply for future funding from other sources, such as Rural Development or Europe.

“So as well as delivering this devastating blow to the area the Minister has effectively tied its hands behind its back and prevented it from applying for other funding to offset this loss.” Mr Brady said that “incredible work” had been done in the Ring of Gullion area over the past number of years to attract people to the region.

He added: “That has really been beginning to show dividends but this will completely take the momentum out of all that and set the entire region back.

“Even setting tourism aside, historically, culturally and aesthetically the Ring of Gullion Area of Outstanding Natural Beauty is nothing short of a national treasure and must be protected.

“We will be going to the Minister to make clear the devastating effect this will have on the area and the depth of feeling there is in south Armagh about this issue.”

Party colleague and fellow Newry and Armagh MLA Cathal Boylan, who sits on the Environment Committee, confirmed an emergency meeting of the committee had been called for Monday.

“This will have a devastating impact on the area and we will be asking the Minister on Monday to explain himself,” he said.

“While we were aware that cuts were to be made, the Minister in no way indicated to us that they would be this sudden or severe.

“In particular the cut to the Ring of Gullion seems totally disproportionate and I will be pressing the Minister on this.”