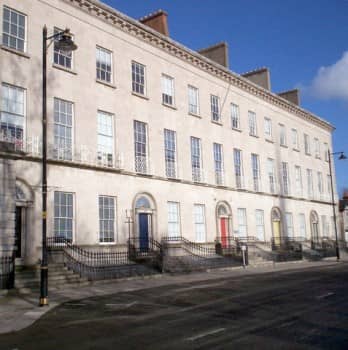 The Assembly has today (Monday) passed the Education Bill which will lead to the scrapping of the Southern Education and Library Board in Armagh.

It, and the other four education and library boards in the Province, are to be replaced with a new single Education Authority.

Armagh City and District Council has been campaigning for the city to become the new base for the education body, which will take effect from April 1 next year.

It has argued that Armagh is well placed as a centre of public administration and that the current SELB headquarters on the Mall is ideally placed for the new EA which will, when introduced, become Northern Ireland’s largest employer.

Education Minister John O’Dowd welcomed the passing of the Education Bill today as “a significant step forward for children and young people”.

And he has thanked all those involved for the roles which they have played in the current system of five boards.

The Bill will, subject to Royal Assent, enable the establishment of the new Education Authority from next April, replacing the five boards and their Staff Commission.

Speaking about the change, the Minister said: “This Education Bill represents the biggest change in the administration of education here since the education and library boards were established in the 1970s.

“The new Education Authority will deliver the same services delivered by the boards but in a more streamlined manner, realising significant savings and efficiencies that will in turn deliver real benefits to the classroom.

“I still believe that the Education and Skills Authority (ESA) is the best option for optimising the delivery of education in the north and I remain hopeful that we can return to working towards ESA.

“ESA would have incorporated a range of other education bodies as well as the boards, becoming the overarching employing and funding authority for local schools. This Education Bill leaves the door open for such a move in the future.”

The Minister continued: “I wish to thank the boards and their staff for their many years of commitment to the best educational interest of local children.

“I do not doubt their dedication and I commend them on their role in the development of generations of local young people, often under challenging circumstances and through difficult times in our collective past.

“Existing board staff will transfer to the new Authority with the same terms and conditions and I now hope they will work with me as we move towards the new organisation.

“I welcome the passing of this Education Bill. We are now in a place where real progress has been made in reaching agreement to move forward on a new Education Authority.

“Getting the Authority up and running will be a complex task requiring much hard work, but I firmly believe it will facilitate better outcomes for local children and young people.

“The onus is now on all of us to establish the Authority and ensure the process runs as smoothly as possible.”

Just last month the recruitment process for the chairperson and four community members of the board of the new Education Authority was announced.

The fear here locally will be that the single governing body would sit in Belfast, or elsewhere in the Province, and the educational base lost to Armagh.

The Education Authority will have a budget of approximately £1.5billion and will become the largest employer in the north, with over 39,000 people.

This single authority is being created now to coincide with the reduction of 26 local authorities here to just 11, which currently exist in shadow form and will come into full effect at the start of April next year.