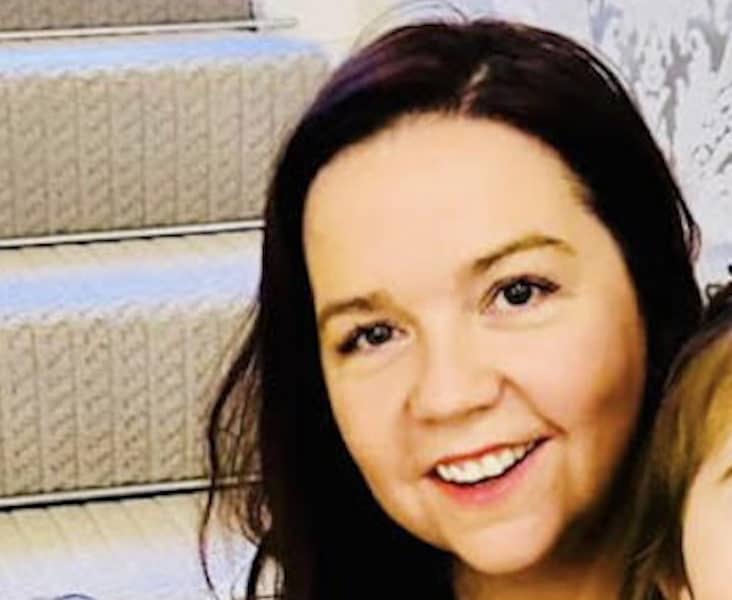 A young Co Tyrone mother of two has died in a collision on the M1.

Imelda Quinn, from Lisnamonaghan, Castlecaulfield – outside Dungannon – was the mother of two young girls.

A death notice described her as the “deeply loved wife of Gavin, most cherished mother to Nina and Norah, dearly beloved daughter of Cormac and Anne, cherished sister of Fergal, Angela (Morgan) and Cormac Óg and sister in-law of Mari, Colin and Seline”.

The collision happened between the Stangmore and Tamnamore rounabouts and the M1 had been closed in both directions throughout the day.

They posted on social media: “We are utterly heartbroken to announce the sudden passing of Imelda Quinn. ‘Families shelter each other from the storm, they bring comfort where there is sadness and warmth where there is none’, The McDonnell and Quinn families need all their friends and family to keep them in your prayers.

Paying tribute on social media, one friend wrote: “No words for how heartbroken I am to hear the passing of this beautiful girl
Imelda was one of a kind with the biggest heart of gold and was always on the end of the phone if I needed her no matter what
To Gavin and her beautiful little girls Nina and Nora and to the MC Donnell/Quinn families I will be thinking and praying for you all. May you rest in eternal peace. I will miss you dearly Imelda 💔”

Another commented: “What a devastating day in Tyrone, two horrendous accidents, four beautiful lives lost, five criticality injured. My thoughts, prayers and sympathies are extended to all their families and friends.”

A neighbour wrote: “Devastating news thinking of Gavin, Nina and Norah at this sad time as well as both families. You will be so sorely missed. Thanks for being such a great neighbour and friend.”

One woman said: “Terrible news tonight about poor Imelda. When she worked in South Tyrone Hospital I chatted to her regularly. A lovely kind, warm friendly girl. Just devastated for her hubby, her we girls, her Mum, Dad, Angela, Fergal and Cormac. RIP Imelda

Another posted: “There are no words that will justify how we are all feeling. Imelda was a lady and the most amazing mummy to Nina and Norah.”

News of the tragic loss of life came on a very black day on County Tyrone’s roads.

A collision on the main road between Dungannon and Cookstown and left three people dead and five others – four of them children – injured.

A man in his 20s and two women, aged in their 50s and 80s, lost their lives. The injured woman, aged in her 20s, was taken to the Royal Victoria Hospital while the children were brought to the Royal Belfast Hospital for Sick Children.