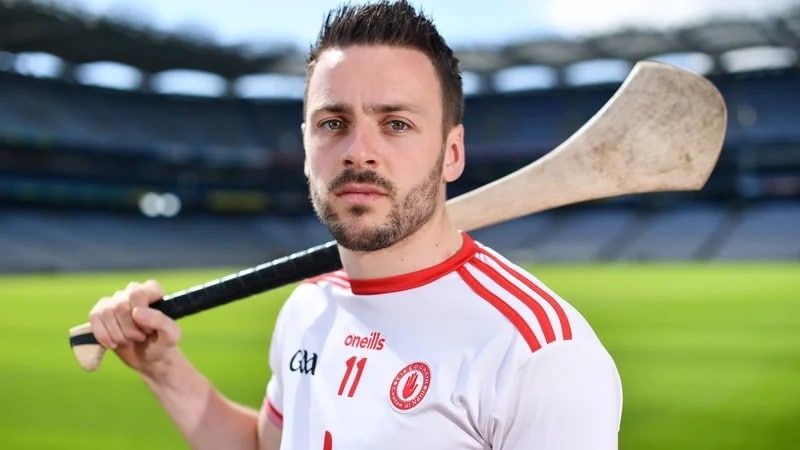 The funeral will take place on Sunday of the Tyrone hurler Damian Casey, who died in a tragic accident in Spain.

There was a sense of disbelief and heartbreak following the news of the loss of the 28-year-old.

Mr Casey, who played for Eoghan Ruadh, had travelled abroad to attend a wedding for one of his best friends and had an accident at a pool.

His death was confirmed last Friday night by Tyrone GAA, who described him as a “supreme hurler just now at the peak of his powers”.

A shocked Tyrone County Chair Michael Kerr commented said: “Someone who brought honour, delight and simple, straightforward gladness to our whole County, and far beyond, is gone and it’s so hard to take in.”

Huge numbers are expected to attend his funeral this weekend.

It comes after a vigil was held in honour of the young hurling star and to show support to his devastated family, parents Sean and Susan and sisters Louise and Catherine.

Tomorrow (Friday) and Saturday, the family are asking those who wish to attend the wake to make their way to his former club, Eoghan Ruadh, at 97 Donaghmore Road, Dungannon.

From here, transportation is being laid on to and from the family home on the Eskragh Road.

Requiem Mass on Sunday will take place at St Patrick’s Church, Dungannon, at 2pm. Mr Casey will be laid to rest afterwards at Carland Road Cemetery.

The family have asked for family flowers only.

And they have directed that donations in lieu can be made to the Kevin Bell Repatriation Trust, which works to bring home the remains of those who have tragically died overseas.

Anyone who wishes to donate in Mr Casey’s memory can do so c/o P Quinn & Son Funeral Directors, 68 Scotch Street, Dungannon, BT70 1BJ.