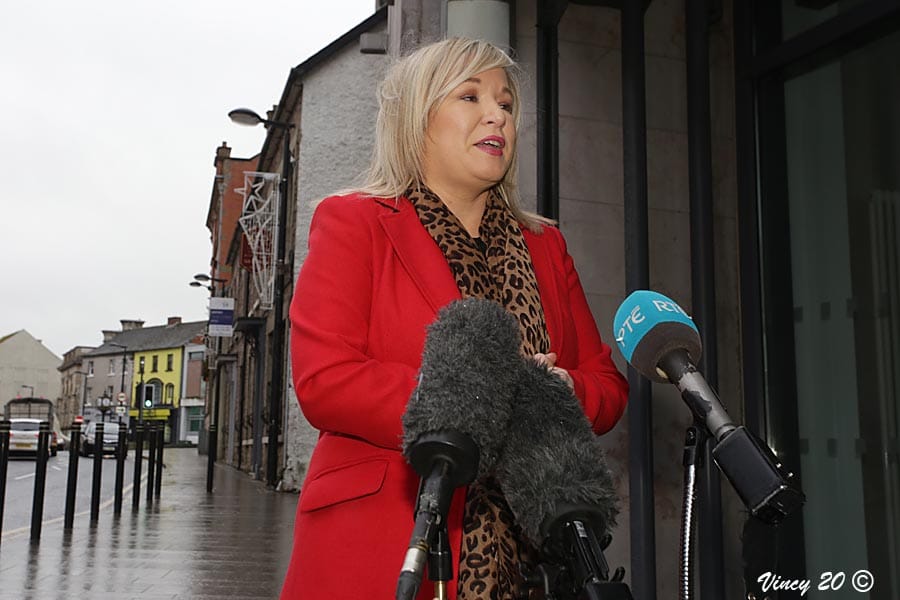 Pro-Life activists are set to gather outside the Sinn Féin office in Coalisland next Tuesday to offer prayers for the conversion of the party’s vice-president, Michelle O’Neill.

Members of the Tyrone Pro-Life Network will be joined by other anti-abortion campaigners from around the country in order to lay white crosses at the Sinn Féin office.

“After we have laid the crosses, we will say a Rosary not only for the little babies who were slaughtered through abortion, but also for their parents and for Michelle O’Neill herself,” said local pro-life campaigner Catherine Sewell.

“She knows that abortion entails the destruction of a tiny human life, usually through the painful dismemberment of a little body in its mother’s womb. Many of us can see that Michelle, despite her bravado, is aware of her role in this brutal injustice, which is why in her guilt and shame she refers to the slaughter as ‘healthcare’ and why she wants people who give peaceful prayerful witness outside abortion clinics banished in order to assuage her troubled conscience.”

Catherine Sewell said that the prayer event was part of the build-up to Good Friday and Christ’s crucifixion and death on the cross for our sins and salvation.

“Bearing that in mind we will be praying for Michelle O’Neill’s conversion to the Catholic Faith that she has abandoned in pursuit of the baubles and passing glory of worldly power,” Mrs Sewell said.

“Like the rest of us, Michelle will face her eternal judgement, whether that be fifty years from now or in a few weeks or days, only God knows.

“Our prayers are offered for her so that she will be given the Grace to repent and reject the evils of abortion before that frightening, fateful hour of judgement,” she concluded.

The protest will take place at 11am on Tuesday, April 12.