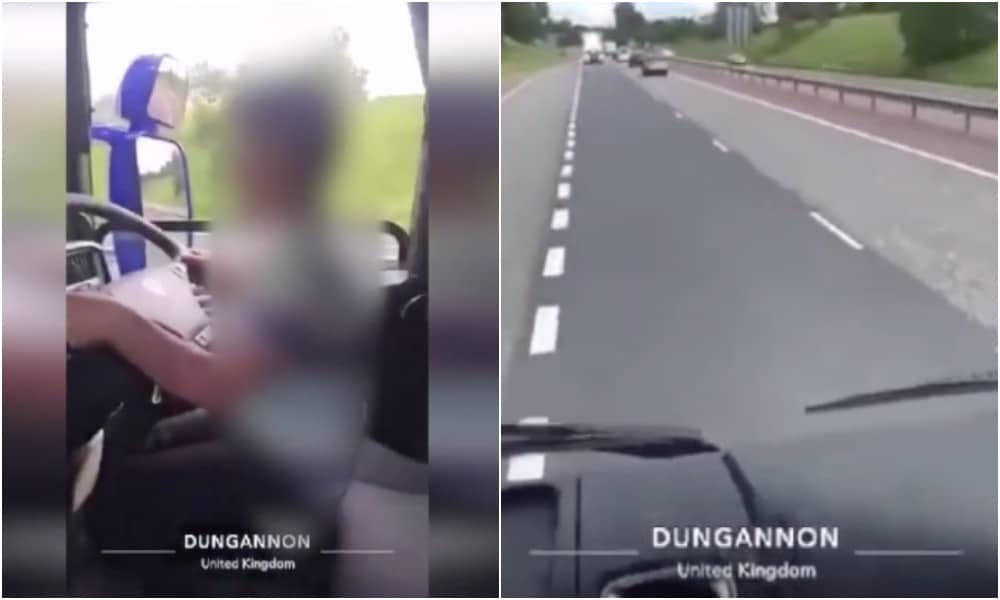 Police are investigating a video which has been circulating on social media which purports to show a child driving a lorry on the M1.

The brief clip appears to show a young male child steering the HGV while being encouraged and directed by an accompanying adult.

The clip, it is understood, was filmed on the M1 in the Dungannon area.

There has been an angry response on social media after the video emerged.

And it has led to a complaint being made to the PSNI.

Police have confirmed they are aware of the incident and are investigating.

A PSNI spokesperson told Armagh I tonight (Thursday): “We have received a report and are aware of footage which has been shared on social media and we are making enquiries.”