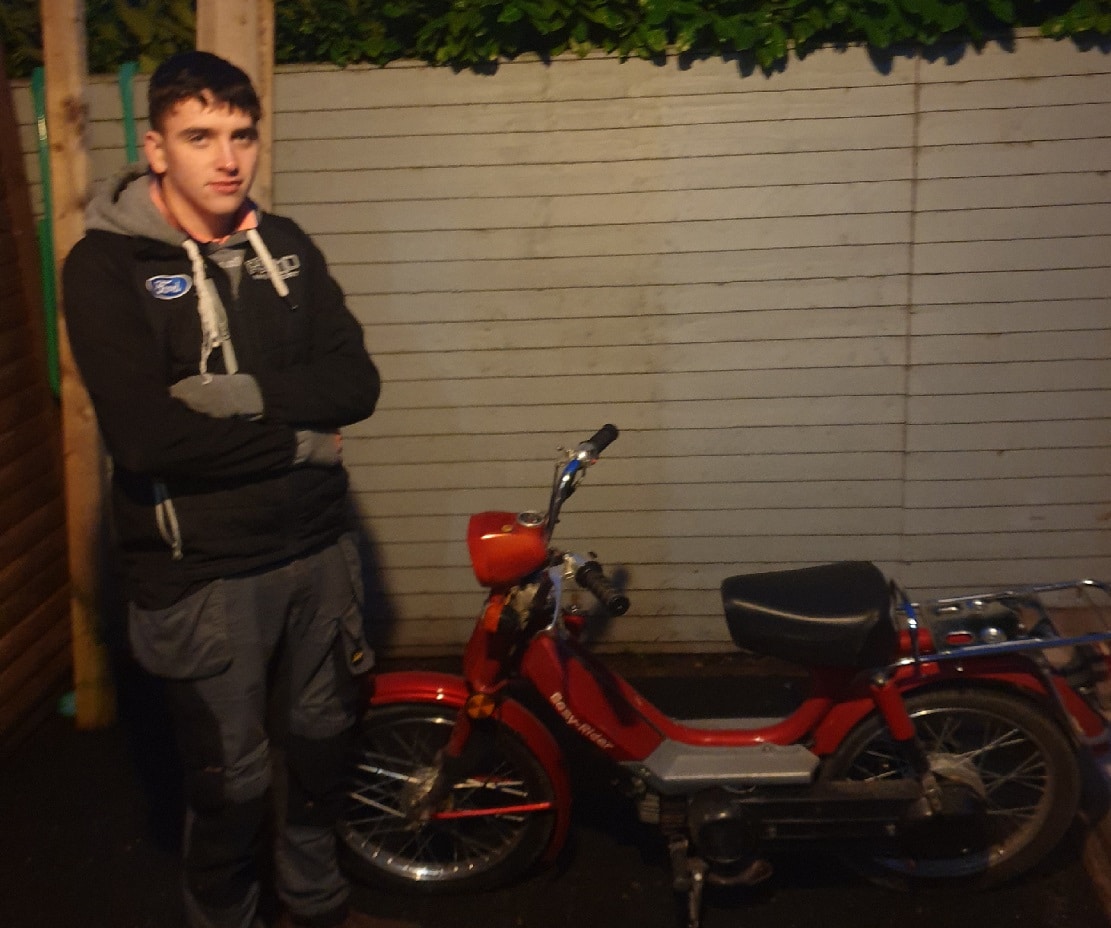 The search for missing Dungannon teenager Matthew McCallan has ended in heartbreak with the discovery of his body today (Monday).

The 15-year-old’s body was discovered in the Fintona area shortly before midday.

A police spokesperson said: “Detectives in the Criminal Investigation Department are investigating the circumstances surrounding the death of [Matthew McCallan] following the discovery of a body in the Fintona area shortly before 12noon on Monday.

“We would appeal for anyone with information to come forward. Matthew was last seen at approximately 1.20 am in the Ecclesville Centre, Fintona, and we are keen to establish his movements after this time. I would appeal to anyone who saw the teenager or anyone who has CCTV or dashcam footage, to contact police on 101, quoting reference number 319 of 04/12/22.

“Police received a report of a missing person shortly after 3.30am on Sunday, December 4 when Matthew did not arrive home after attending an event in Fintona on Saturday night.

“Sadly a body, which we believe to be Matthew, was discovered in a ditch in the laneway of a property approximately two miles away from the social event today.”

“A number of specially trained officers are providing support to them at this time.

“Detectives will continue to investigate the circumstances surrounding the death, which is currently being treated as unexplained.”

The teenager, a pupil at St Patrick’s College, Dungannon, had been missing since the early hours of Sunday morning.

He was last seen around 1.30am after attending the Jamboree Winter Wonderland music festival in Fintona on Saturday evening.

Members of the public had been out searching for the teenager, following calls for assistance from his parents Frances and Peter and Fintona Pearses GAA.

However, the searches were suspended earlier today (Monday).

In a statement on Sunday, police in Omagh and Dungannon said they were concerned about Matthew’s “welfare and whereabouts” and appealed for information.

Co Tyrone woman Caroline O’Neill had made an appeal for information through her Digg Mama social media accounts , on behalf of Anthony’s parents.

Urging people to check sheds and outhouses, she said the family was “distraught”, adding that it was a parent’s “worst nightmare”.

And in a post on their Facebook page, Fintona Pearses GAA had appealed for volunteers to meet up to help in the search.

They described Matthew as  “a member of our wider GAA community” and said his family was “well know to the Pearses”.