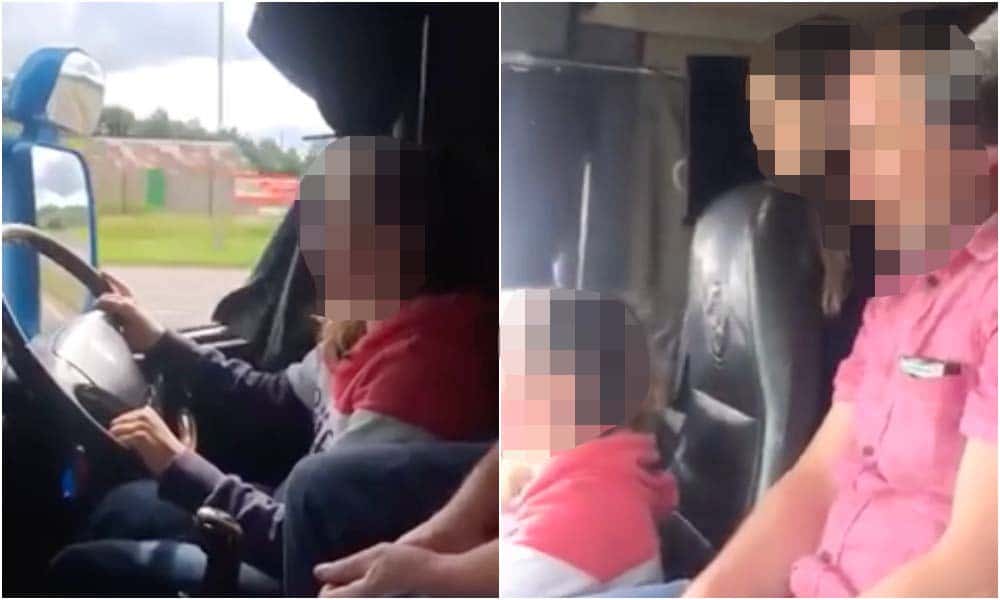 A second video of a child driving a lorry on the M1 shared widely on social media has been branded “crazy” and “reckless” by First Minister Arlene Foster.

Police have also opened an investigation after a video emerged of a child driving a HGV on the M1 – the second such video in the space of a week.

The latest video appears to show a young girl driving the vehicle on what is believed to be on a main road near Dungannon. The date remains in question.

In this 36 second clip, a younger girl and a man are seen to be watching in the cab, none of those caught on camera are wearing seat belts.

At one point in the video, the man leans back out of shot.

Last week, a 37-year-old man was arrested in Cookstown following a police investigation into a separate social media video that appeared to show a young boy driving a lorry on the M1 near Dungannon.

This male has since been released on bail pending further enquiries.

In a tweet, Ms Foster wrote: “Both these crazy videos have been in my constituency. This is reckless for the people in the HGVs & other road users.

“A vehicle like this veering out of control into traffic is unthinkable”.

She also asked that people help the PSNI identify those involved and “make our roads safer”.