Don’t Box Me In: Young people in Keady express themselves creatively 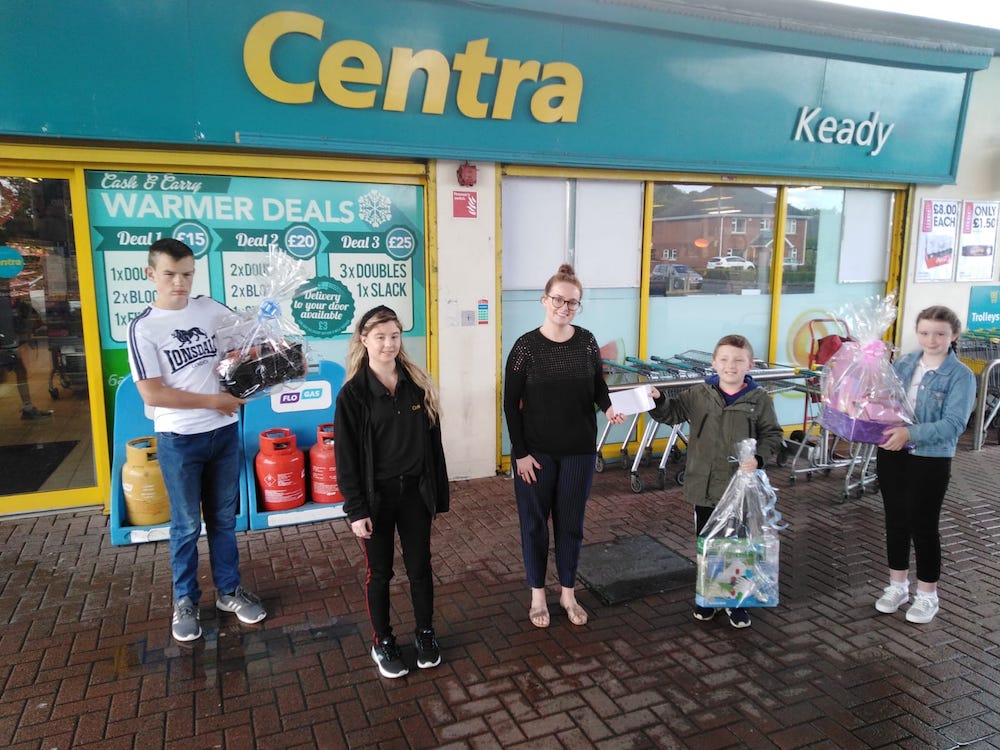 Young people of all abilities in Keady have been expressing themselves  using a range of artistic mediums.

The ‘Don’t Box Me In’ group is made up of individuals between the ages  of eight and 25 who live with or without disabilities.

Whilst this is what makes the group unique, what actually pulls them  together is that they all want the same things as every other young person.

Rosemary Murray, vice-chairperson of ‘Don’t Box Me In’ is proud to be  involved in the project and is delighted to see the young people  progressing.

“This is a project that has been set up by young people with the assistance of adults who have an interest in young people’s issues and in empowering them using a range of artistic mediums they enjoy,” Rosemary explained.

“The main thing for me as a volunteer with the group is the differences  that you see from when the young people come in and as they go through the project.

“They come in and they are looking at their lives as it is whether  that be school life, home life or within their community.

“Then they look at how life could be better for them and that turns out all sorts of issues – it could be inequality, bullying, sometimes it can  be mental health issues and we work our way through those issues using various mediums such as art, drama, music, role-play and multi-media.

“This has resulted in the young people creating their own artwork, short  movies, rehearsing and performing short dramas and bonding together as they have discovered that whilst they may all be different, they also face some of the same issues.

“It has developed into a real equal opportunities project in that the young people learn from and support one and other the common denominator is the art and the activities.

“The project was established in 2014 so it’s been running for six years and it has made a difference to so many young people’s lives in terms of  being able to come in and learn a range of skills, but also to socialise  because there wasn’t any other opportunities for a lot of the young  people who may have been under achievers at school or had social  difficulties or indeed for young people who wanted to volunteer.

“Through the lockdown parents commented on traits they  noticed in their children that they hadn’t noticed before and were  associating that with the skills they had developed through the project.

“Over lockdown they have been having Zoom meetings but before that we had two meetings a week. One night is for the eight to 13 years old and  the second is for 14-25.

“It’s a mixed group and there is nobody passing any remarks if the  person sitting beside them can’t talk or help themselves in any way.  They just get on with what they are doing and if somebody beside them needs help, they will help them.

“It’s all about expressing themselves through the activities they do and it is about building confidence and resilience. Many are learning new  social skills but they are also developing character building and personal skills.

“For young people who maybe haven’t had the best success  academically they are learning they are worth while and are valued and  have so much they can contribute to others in their community. For other non-disabled young people it is an opportunity to give to their community and something to show on their CV.

““It’s all about giving opportunities to young people to bring out the best in them.”

There are about 24 young people from Keady and surrounding areas at present.

Added Rosemary: “I don’t think there are any that has come through the younger group that haven’t stayed on to the older group and some are now volunteers.

“They are maturing from what they are learning and it’s lovely to see them all enjoying it and having fun too.

“They have done drama, all sorts of art, DVDs and dance. Programmes are based on whatever activities they decide they want.

“We have finished the Zoom meetings and will be returning to  the TMAC in October.”

Recently the young members from Keady and the surrounding areas  submitted their logo ideas to an exciting creative project, with the  winning prizes being sponsored by Centra in Keady.

The winning logo, designed by Connor McQuillan, will now become the  symbol for ‘Don’t Box Me In’.

“Every aspect of this project is designed by the young people,” Rosemary  added.

“We had talked about a logo for years and just before lockdown the young people decided it was time we had one.

“We had a number of submissions and a number were shortlisted and Connor’s won.

“There is more to come from ‘Don’t Box Me In’ but for now the young  people want to say thank you to Centra Keady for their kind support,” Rosemary added.

Anyone who would like  more information on ‘Don’t Box Me In’ should email  dbmioct17@gmail.com