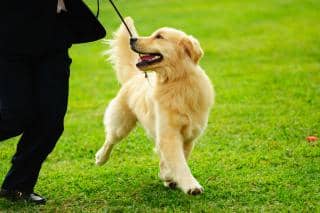 FIXED penalty fines on dog owners who allow their pets to foul in public places are to be increased to £80 across the Armagh City and District Council area.

Armagh Council, during a recent committee meeting, took the decision to step its enforcement of the growing problem up a gear by implementing new Dog Control Orders.

The Head of Environmental Health took councillors through a report specially prepared on the issue and it was agreed to proceed with the new Orders.

Now the Fouling of Land by Dogs (Armagh City and District Council) Order 2013 is to be implemented by September 2013, replacing the old provisions in respect of dog fouling contained within the Litter (NI) Order 1994.

It will see the Fixed Penalty Rate for the Fouling of Land by Dogs (Armagh City and District Council) Order 2013 being set at £80 – with no discount!

DUP Councillor Terry McWilliams referred to the additional income that would be generated as a result of increasing the Fixed Penalty rate to £80, and suggested that this should be used to provide additional bins in areas such as Clare Glen, outside Tandragee, which currently only had two bins, one located at each end of the Glen.

In response, the Head of Environmental Health advised that the Department had stated that income from Fixed Penalty fees must be spent within the dog warden service, and consideration had been given to spending this on signage, bins, etc.

He referred to planned work to plot the location of all bins and signage in relation to dog fouling and review to ensure that there was sufficient provision and that bins were emptied more regularly if necessary.

He added that they were reluctant to provide bins specifically for dog fouling and that all general litter bins could be used by dog owners.

The Head of Environmental Health referred to Clare Glen and, whilst acknowledging Councillor McWilliams’ comments, he said  the reason for only providing litter bins at each end of the Glen was for ease of emptying.

Sinn Fein Councillor Cathy Rafferty thanked the Head of Environmental Health for his detailed report and welcomed the proposed approach to deal with the problem of dog fouling.

She said this was a major problem for which she had received numerous complaints and it was time to take firm action against those who refused to clean up after their pets.