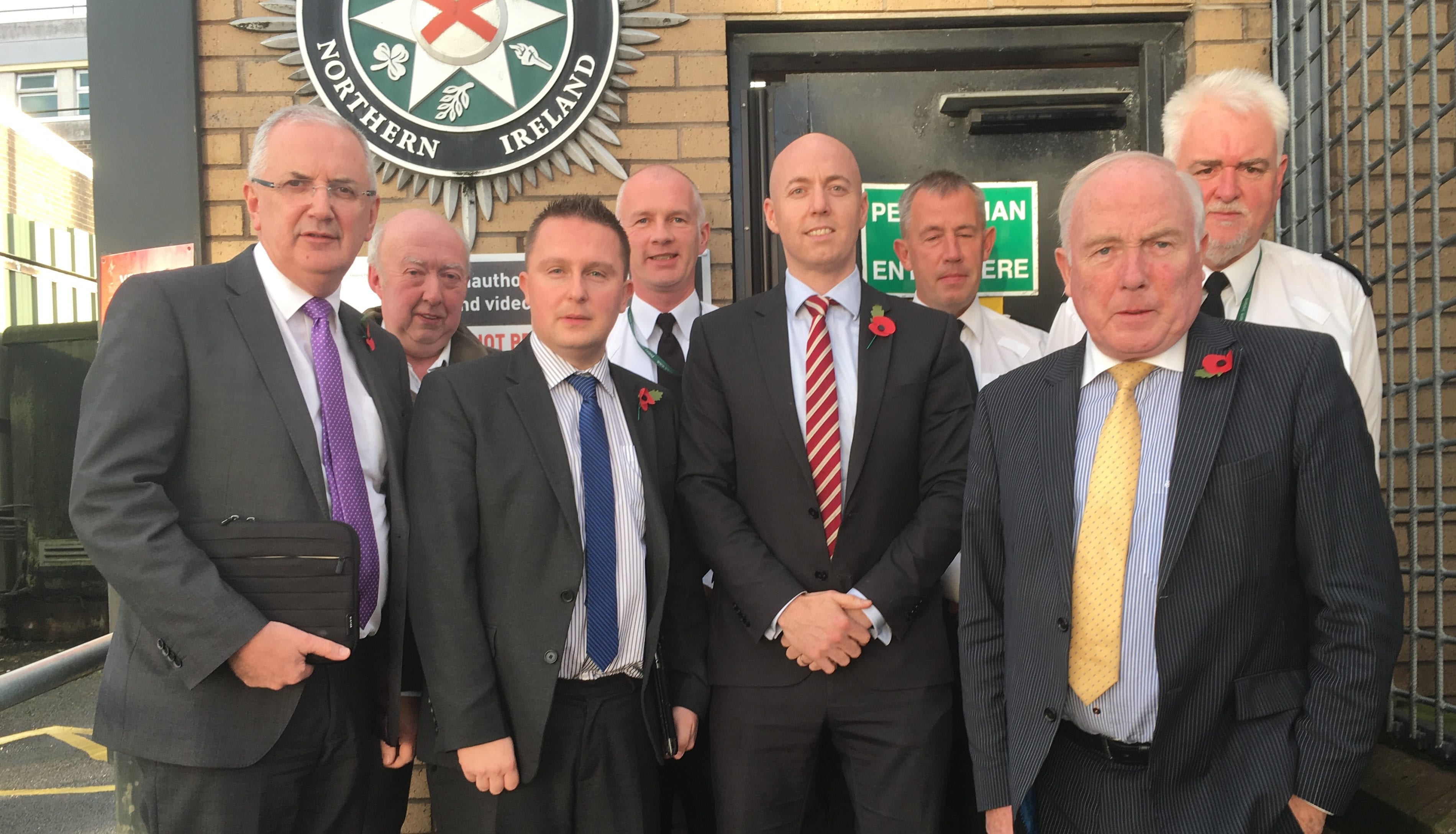 A political deputation has met with police chiefs in Armagh to discuss ongoing efforts to tackle rural crime.

The Newry and Armagh Ulster Unionist team quizzed local PSNI figures on what is being done to offer assurances to the public that all avenues are being addressed.

The meeting took place as the PSNI successfully returned a stolen tractor of great sentimental value to a family in Poyntzpass.

It was taken during an overnight raid and found this week in south Armagh.

The family had expressed their delight that the tractor – which had belonged to the farmer’s late son – had been recovered, thanks to the work of the PSNI and a social media campaign, including hundreds of Armagh I followers who shared the appeal on Facebook.

During the course of the meeting, local MLA Danny Kennedy, together with Alderman Jim Speers and Councillor David Taylor, discussed the recent upsurge in crime in rural areas locally which is currently causing great concern to the local community.

There has been a series of incidents which included thefts of vehicles and agricultural machinery in various areas across the constituency over recent weeks, promting the request for the meeting.

Mr Kennedy said: “I have been increasingly concerned about the number of incidents of theft which have occurred in rural areas of my constituency over a recent period of time and felt it was necessary to discuss these concerns with senior PSNI officers.

“The Ulster Unionist Party delegation highlighted their belief that additional resources were required to combat the level of crime which exists at present, and we pressed for an immediate response to be provided from the police to allay the very genuine concerns existing within the rural community regarding the upsurge in crime.

“We were pleased to learn from the senior commanders that additional operations are to be put in place locally by the PSNI to tackle the current upsurge in criminals activity in the area.

“We would also encourage rural dwellers and those involved in the agricultural sector to co-operate with the police and take precautionary measures to help protect their machinery and livestock wherever possible”.

Alderman Jim Speers continued: “There can be no doubt that the level of criminal activity which has impacted upon rural areas of the Newry and Armagh constituency is extremely worrying and that urgent action is required from the police to halt the activities of those criminal gangs operating in the area. As such we implored the PSNI to act swiftly on this issue.”

Councillor Taylor said the recent spate of crimes locally were an “extremely sinister development and devastating for those families affected”.

He added: “The rural community needs to be reassured that the police will respond effectively against those criminals perpetrating the thefts which have occurred and it is my hope that they will move quickly to address the concerns which exist.”

The PSNI, meanwhile, welcome the chance to speak to the delegation.

A spokesperson said: “We welcome being challenged about our performance and there is always room for improvement, lots of good work is however being done and it was good to have the opportunity to advise elected representatives about current initiatives.

“We have a range of operations over the next few months aimed at tackling crime and keeping people safe in rural areas.

“It is vital the community tell us about suspicious people and vehicles, either directly, through an representative or via Crimestoppers on 0800 555 111.”