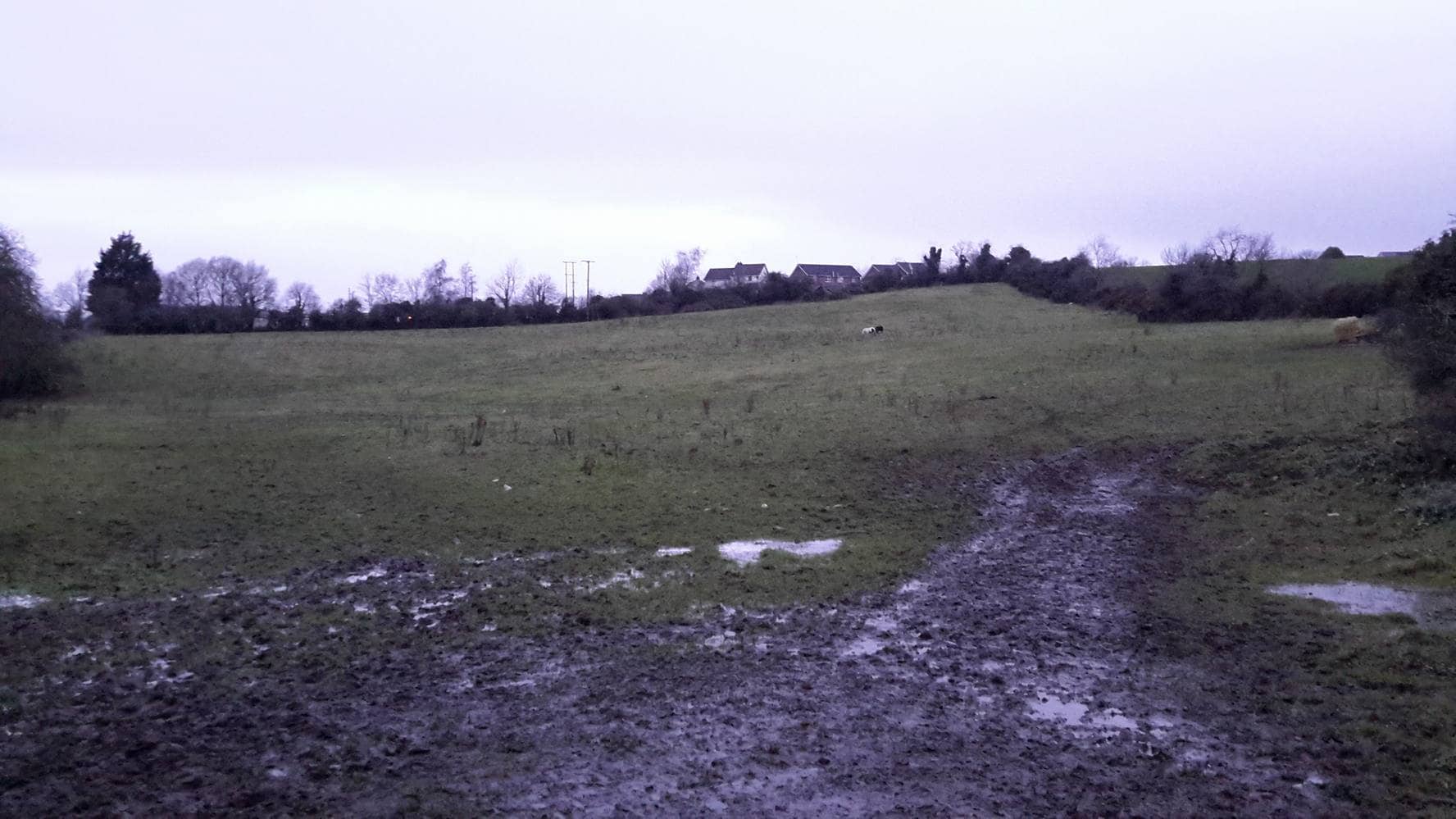 A decade-long dream to create a state-of-the-art peace and community centre in a south Armagh village has taken a huge step forward.

Outline planning approval for the development – which would be based on a site in the centre of Camlough – is due to be granted later this month by Newry, Mourne and Down District Council.

The overall design of the scheme will be subject to finance.

But Armagh I understands that the various elements of the funding cocktail required to turn dream to reality could be in place in the not too distant future.

The proposals have been brought forward by Camlough Community Association and relate to site known locally as the ‘Ten Acre Field’ (main picture).

Central to the plans will be a two-storey peace and community centre which will include a multi-stage hall, together with a ground floor cafe, changing rooms and toilets.

An all weather playing field – complete with changing and clubroom – are also proposed.

A net wetland area will be developed for nature conservation and open space, while trees and native shrubs would be included within the landscaped car park.

The community facility would cover an area in excess of 3,000 sq metres.

And the proposals could create anywhere up to 10 new jobs when up and running.

When NMD Council’s planning committee sits on January 18, they will consider a recommendation by planning officials to grant outline approval.

This would demonstrate that the will to proceed is there and the development would be looked at favourably when more formal plans are brought forward.

At the same time, sketches have been put on show at public meetings in the area in the interests of feedback.

Funding will affect the overall design and – when the money required to see the project through is secured – an application seeking full planning approval will be lodged.

The new centre and associated facilities would be aimed at meeting the needs of Camlough, Bessbrook and the wider south Armagh communities.

In a design and access statement compiled by Camlough architect Francis McShane, on behalf of the Community Association, NMD Council is informed of the great benefit which the centre would bring to the whole area.

He points out: “Events which the centre would host, such as triathlon and Feile Camlocha, will serve even more widely distributed communities.

“The area has a number of very active music, dramatic and performing arts groups and societies.

“All stakeholders have been consulted on many occasions during the more than 10 years incubation of this project and the design will have gone through many iterations before it is finally built.

“It will represent a huge amount of collective thought and effort with its design and will be an embodiment of the will of those who took part.”