Day of action against welfare cuts held in Armagh and Keady 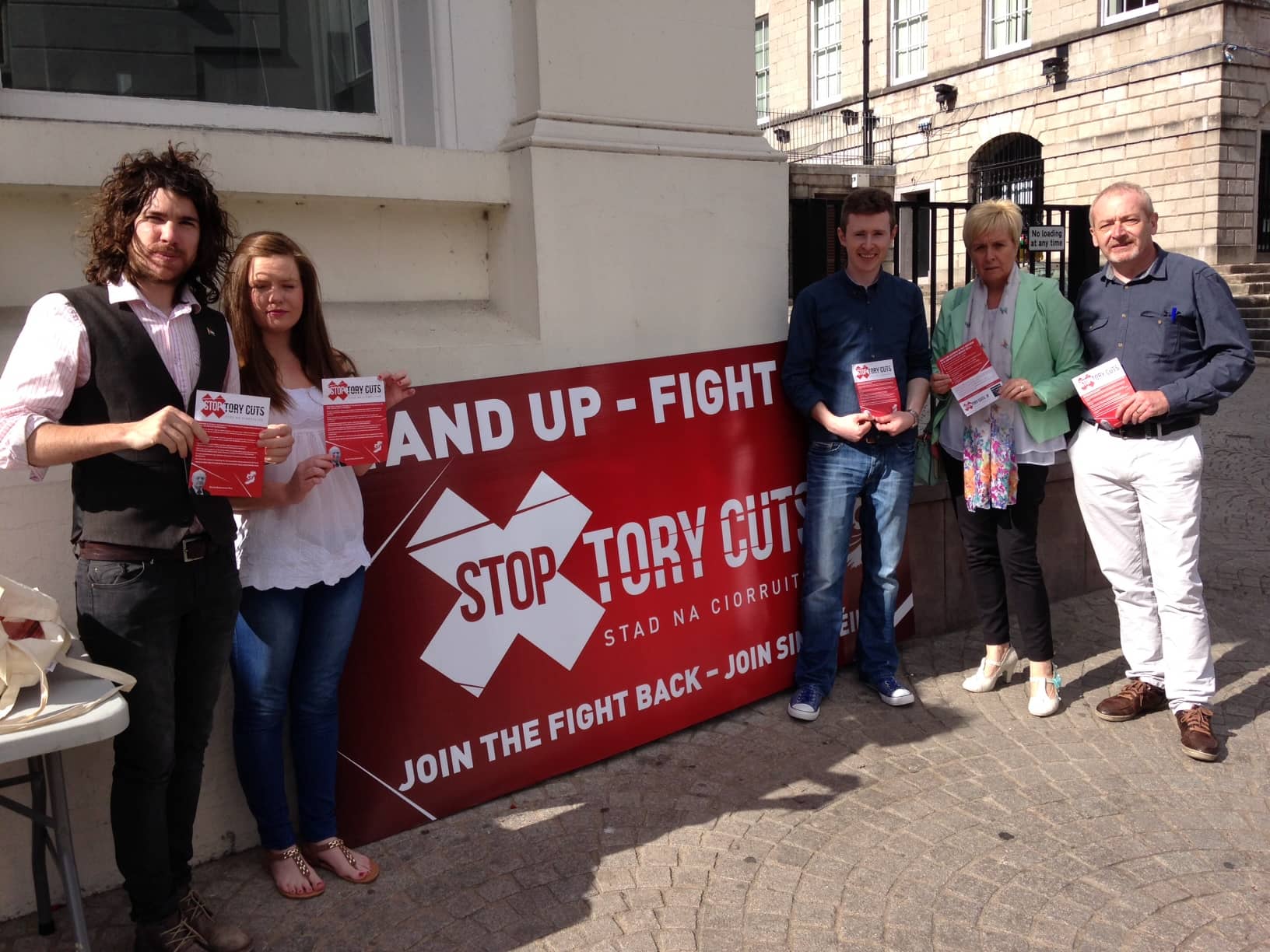 A day of action against proposed welfare cuts was held in Armagh and Keady yesterday (Saturday).

Speaking after attending events, Newry and Armagh Sinn Féin MLA Cathal Boylan said there had been a great deal of interest shown by people about the issue.

The Newry and Armagh MLA said: “Growing numbers of people are realising the devastating impact Tory welfare cuts would have on all communities. The cuts proposed by a cabinet of Tory millionaires would punish the poor, unemployed, those on low incomes and people with disabilities.

“We in Sinn Féin are totally opposed to this attack on the most vulnerable in our society.

“Saturday’s Day of Action was the latest in a series of initiatives by Sinn Féin to give people an opportunity to voice their opposition to welfare cuts.

“Sinn Féin activists were on streets here in Armagh, Keady, Newry, Crossmaglen and  in cities, towns and villages across the North, explaining our opposition to the cuts agenda and collecting signatures for our Stop Tory Cuts petition.”

Information stalls were set up at Keady town centre beside the Monument and at Market Street, Armagh. At each stall, activists engaged with the public and explained the impact that the proposed welfare cuts would have on the most vulnerable and explained that £23million would be taken from the local economy across Armagh.

Hundreds of leaflets were distributed and petitions were signed outlining opposition to these cuts.