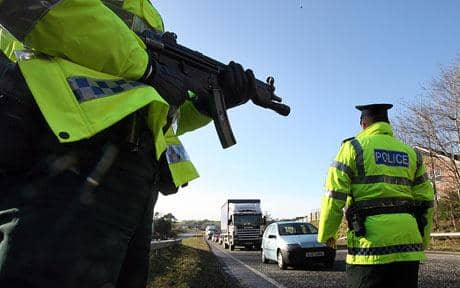 POLICE in Armagh have issued an appeal for witnesses to an incident of dangerous driving in Keady at the weekend.

A dark coloured people carrier was seen driving erratically in the Derrynoose Road, Castleblayney Road and Davis Street areas, between 5pm and 6pm on Saturday.

The vehicle drove on the wrong side of the road on several occasions, causing oncoming motorists to swerve and brake. It was also seen driving through a number of junctions without stopping and failing to give way.

Police are asking anyone who witnessed the incident or who has any information to get in touch at Armagh on 0845 600 8000.