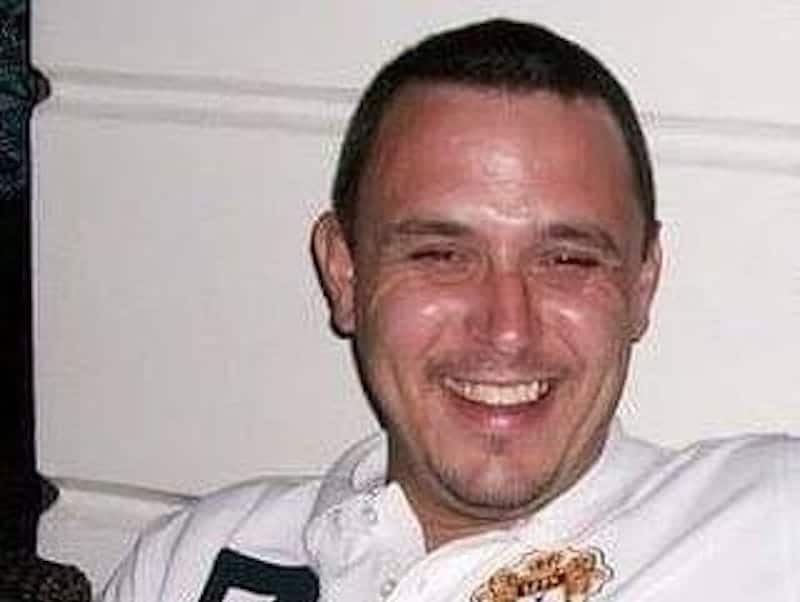 Tributes have been paid to a man found dead on a road in Crossmaglen on Sunday morning.

Michael Kirk, who was in his 40s, was discovered on the Blayney Road just after 5am.

He was found lying with head injuries.

Emergency Services, including The Northern Ireland Ambulance Service and police attended the scene.

Sadly, Mr Kirk, originally from Inniskeen, just a few miles away in County Monaghan, was pronounced dead at the scene a short time later.

“This tragic incident has left people reeling and I want to pass on my condolences to the Kirk family, who are well known and respected throughout this area,” she said.

“I also understand the PSNI anyone with information or dashcam footage to come forward and I want to echo this appeal.”

Others paid their own tributes to the father-of-two online.

“What a horrific loss,” said one woman. “Michael Cooks Kirk, you were a legend and a gent ! Praying for your boys and family,” she added.

Another commented: “Michael, my heart is shattered, I’m going to miss that smile, the chats, the craic. I hope you knew we all loved you so very much in our little town of Shercock and we will never forget you.

“There will always be a place in my heart for you and your boys.”

One man simply wrote: “The nicest fella you could ever have known.”

Detective Inspector Michael Winters said: “Firstly, I want to offer my condolences to the man’s family at this difficult time.

“We are working to establish how the man, who is aged in his forties, came to sustain his injuries.

“We have made a number of enquiries to date and we would appeal to anyone who has information to please get in touch.

“In particular, we would strongly urge the driver and any passenger/s of a dark-coloured car that is reported to have been at the scene at around 4.40am to call us.

“We would also encourage anyone who may have been travelling on this road between midnight and 5am to check their dash cam footage. If you have information call us on the non-emergency number 101, and quote reference number 515 of 23/08/2020.”

A report can also be made using the online reporting form via www.psni.police.uk/makeareport or by calling Crimestoppers anonymously on 0800 555 111 or online at www.crimestoppers-uk.org