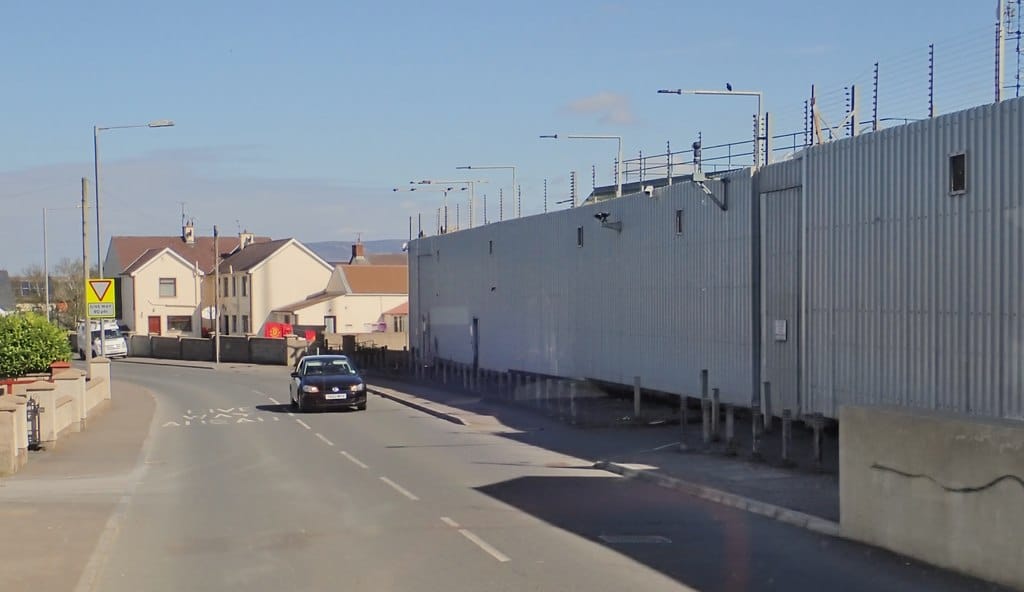 Crossmaglen Police Station is no longer “fit for purpose” and should close, with all policing for the area being centred in Newtownhamilton station, a report published today has recommended.

The South Armagh Policing Review said the Newtownhamilton station would be rebranded as South Armagh Station.

It recommends that the existing station complex should be redeveloped, with the perimeter fencing replaced so that it is “more open and welcoming”, while exterior security measures should also be reduced.

It pointed out that while a new purpose-built station site is preferred in the longer term, the current economic climate is unlikely to allow for this, although the option should still be explored.

The recommendation is one of 50 changes proposed in the review which was initiated by the Chief Constable Simon Byrne in January 2020.

Today, Mr Byrne met with representatives of the local community at Killeavy Castle in South Armagh to discuss the findings of the report.

A community consultation process identified “significant trust and confidence issues” with local policing, with the report noting that “police lack credibility, both in terms of perceived effectiveness and approach”.

It also said the style and tone of policing can be perceived as “unapproachable and intimidating”, with “convoys of
unmarked armoured vehicles the predominant visible police presence”.

It added: “Despite the concerns, there was no evidence of a rejection of policing but rather a clear demand for
community-focused policing that was responsive and respectful to the local community.”

It is recommending more of a focus on neighbourhood policing, with increased hours of coverage to provide greater levels of visible policing.

Other recommendations include that G36 assault rifle weapons should no longer be routinely carried and that cross-border patrols and policing should be explored.

The report found that “perceptions of threat and risk were distorted and inaccurate” and that the greater risk to officer safety on a day-to-day basis was presented by criminality and the road network.

The review was announced after the Chief Constable tweeted a photo of himself posing alongside officers with rifles outside Crossmaglen police station on Christmas Day 2019. The photo drew stinging criticism, leading to an apology from Mr Byrne and the policing review.

Speaking today, he said: “The purpose of this extensive review was to listen to the needs, concerns and priorities of local people in South Armagh in relation to the policing arrangements in their community and to understand their aspirations and ambitions for change.

“Some of these findings make for challenging reading. They reflect that we have not made the progress in South Armagh that we have in other areas and that our approach to policing does not currently reflect the needs and priorities of the local community.

“However, I hope that this review demonstrates that we acknowledge and care that we have not been meeting the standards local people expect of us, we have listened and that we are ready to act on the opportunity for change.”