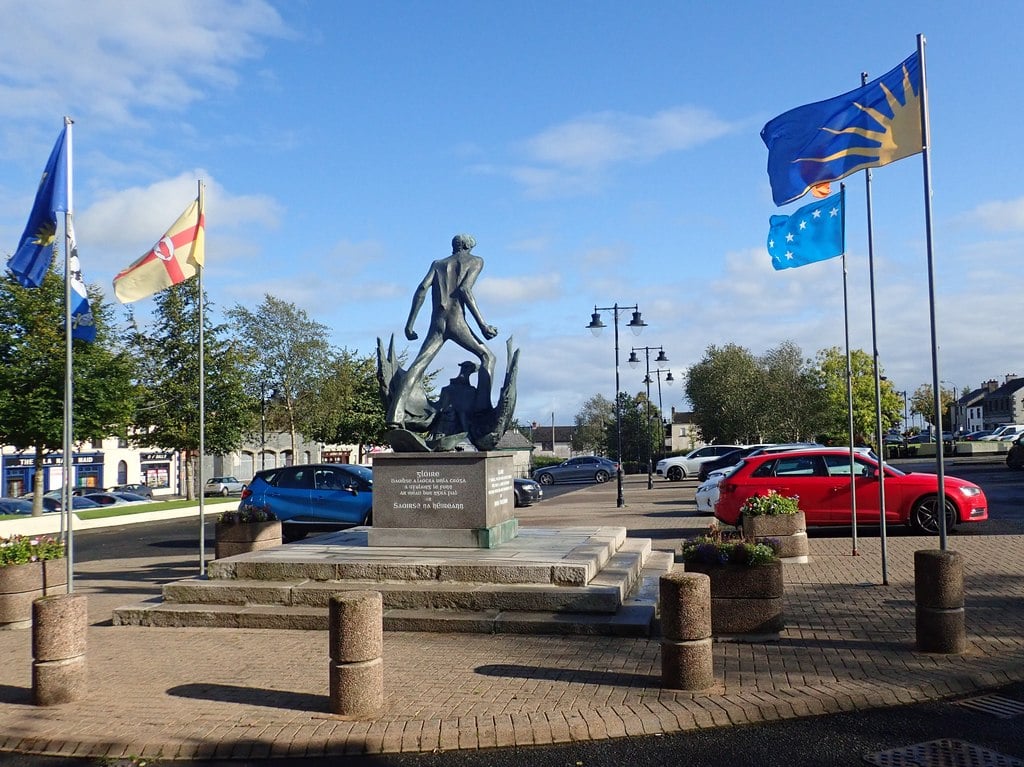 A South Armagh man who left a male unconscious and requiring dental treatment in an unprovoked “single punch” assault has been fined £500.

Also ordering the 20-year-old to pay a nominal compensation of £500, the district judge commented that he hoped the defendant was “three years older and three years wiser”.

Shane Morgan, of Lissaraw Road in Crossmaglen, pleaded guilty on the day of contest to one count of assault occasioning actual bodily harm at Newry Magistrates’ on Wednesday.

Prosecution outlined how at 9.30pm on December 31, of 2018, the injured party had been waiting for a bus with others in the Square, Crossmaglen.

The defendant got out of a car and approached the injured party, punching him once to the head, and causing to fall unconscious.

Witnesses claimed that the injured party had been standing with his hands in his pockets as he was struck in what they described as an “unprovoked attack”.

Prosecution handed District Judge Eamon King a statement from a dental practitioner regarding dental work required by the injured party, along with messages sent to him by Morgan.

Defence barrister Kevin O’Hare stated that in these messaged his client “repeatedly apologised” for the attack and commented although this was only a “single punch” it was accepted that it had caused injury to the victim.

The barrister outlined that Morgan came before the court with no record, as a man who had come from a “good family”, and would just days after this incident play in an Ulster GAA final.

Mr O’Hare added: “From the messages, your worship will see that not for the first time something the court is all too familiar with in that this came about after some issue involving a female.

“Unfortunately, in the case of Mr Morgan, the red mist descended upon him on this occasion.”

District Judge Eamon King guessed the defendant’s height at around 6ft 3, Morgan then offered his own weight at 19 stone.

The judge commented: “I wouldn’t like you to hit me, you are obviously a young man of considerable size and weight, I certainly would not want to be hit in an unprovoked attack, where I do not know it is coming.

“The ironic thing in this matter is that your two boys know each other, you grew up together, went to the same school, all with no bad blood….this is all over what we talk about here, a female.”

He continued stating that there was nothing in Morgan’s record which showed a propensity for this type of behaviour, adding: “I hope that you are now three years older and three years wiser.”

The defendant was ordered to pay a nominal compensation of £500 to the injured party and a fine of £500, along with the offender’s levy of £15.

Addressing the injured party, who was in attendance, Judge King explained that Morgan had been sentenced based on his plea and lack of record, commenting that he hope this would leave “no bad blood” between the parties.