Car parts and tyres dumped all over Slieve Gullion

Commmunity 'furious' as fresh calls made for traceability means for tyres 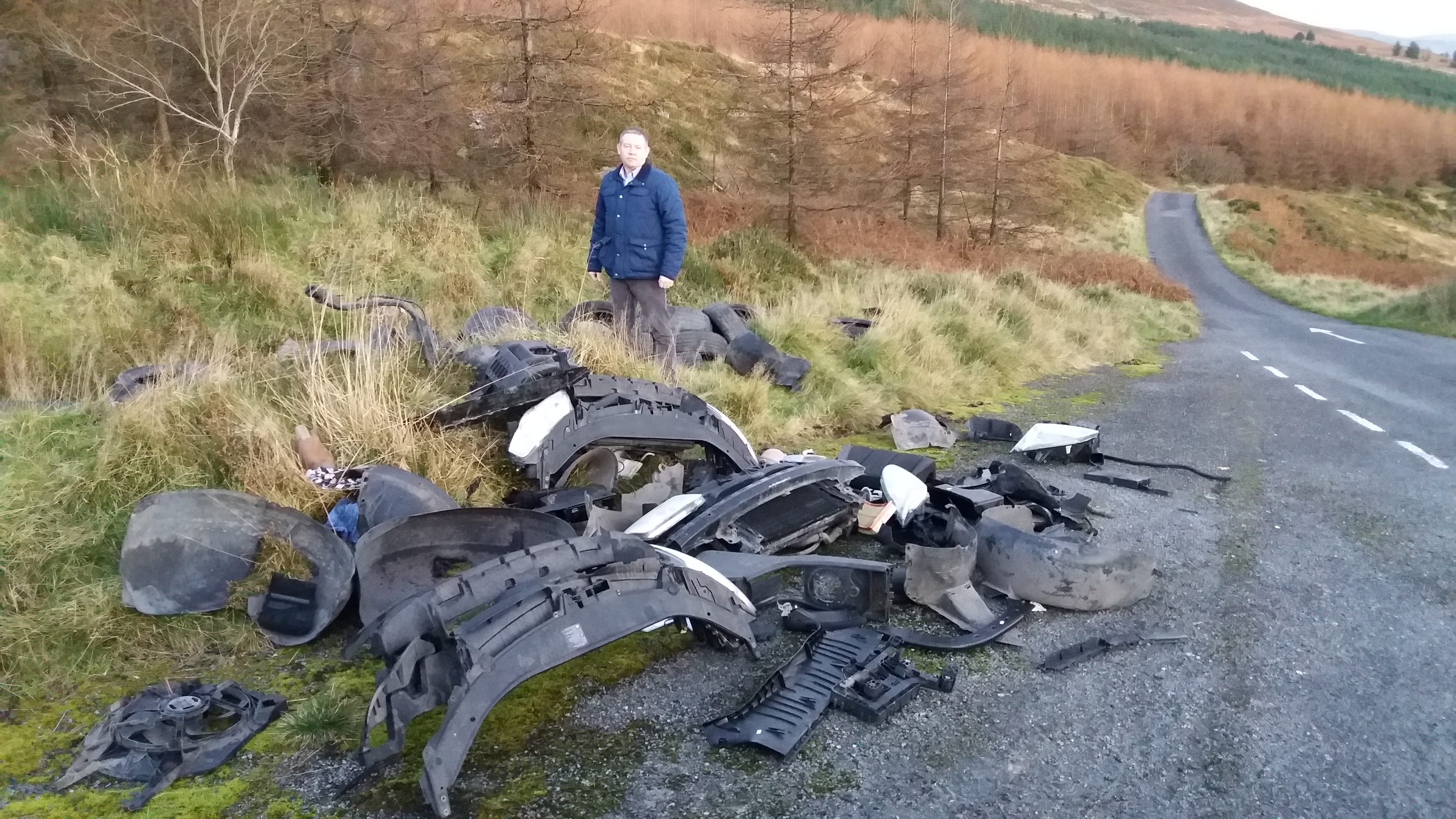 Car parts and dozens of old tyres have been dumpe on the slopes of Slieve Gullion.

Several hundred metres of the scenic forest drive have been littered during this latest act of fly-tipping.

Slieve Gullion is recognised across the world as an Area of Outstanding Natural Beauty.

But that has not deterred those responsible for this latest incident.

Sinn Féin Councillor Mickey Larkin said the local community was “furious that the beauty of South Armagh has been sullied by those who take no pride in what is the jewel in the crown of this district”.

He said: “The council has spent large sums of ratepayers’ money to enhance and develop Slieve Gullion as a tourist destination. Much work has been undertaken by the Ring of Gullion Landscape Partnership to preserve the flora and fauna of the area.

“Many projects to increase the use of the mountain for health and sporting activities have seen thousands flock to the courtyard, play park and outside gym. ‘Disgraceful’ is a word used by one resident I spoke to in relation to the waste illegally dumped on the mountain.

“There are many other words I could use to describe those that carried this out, however I would plead with them to end this desecration and use the facilities provided by the council to dispose of their waste.”

She added: “Sinn Féin has called for systems to be created which will trace tyres from the moment of  manufacture through to their disposal at end of life. This would ensure that all tyres can be identified when disposed of and would greatly help with the fight against fly-tippers who have no regard for either the environment or the residents of South Armagh.

“I have no doubt that the business which dumped this waste has most likely already charged their customers for the correct disposal of these tyres. Profiting twice whilst destroying the countryside is not an honourable way to make a living.”