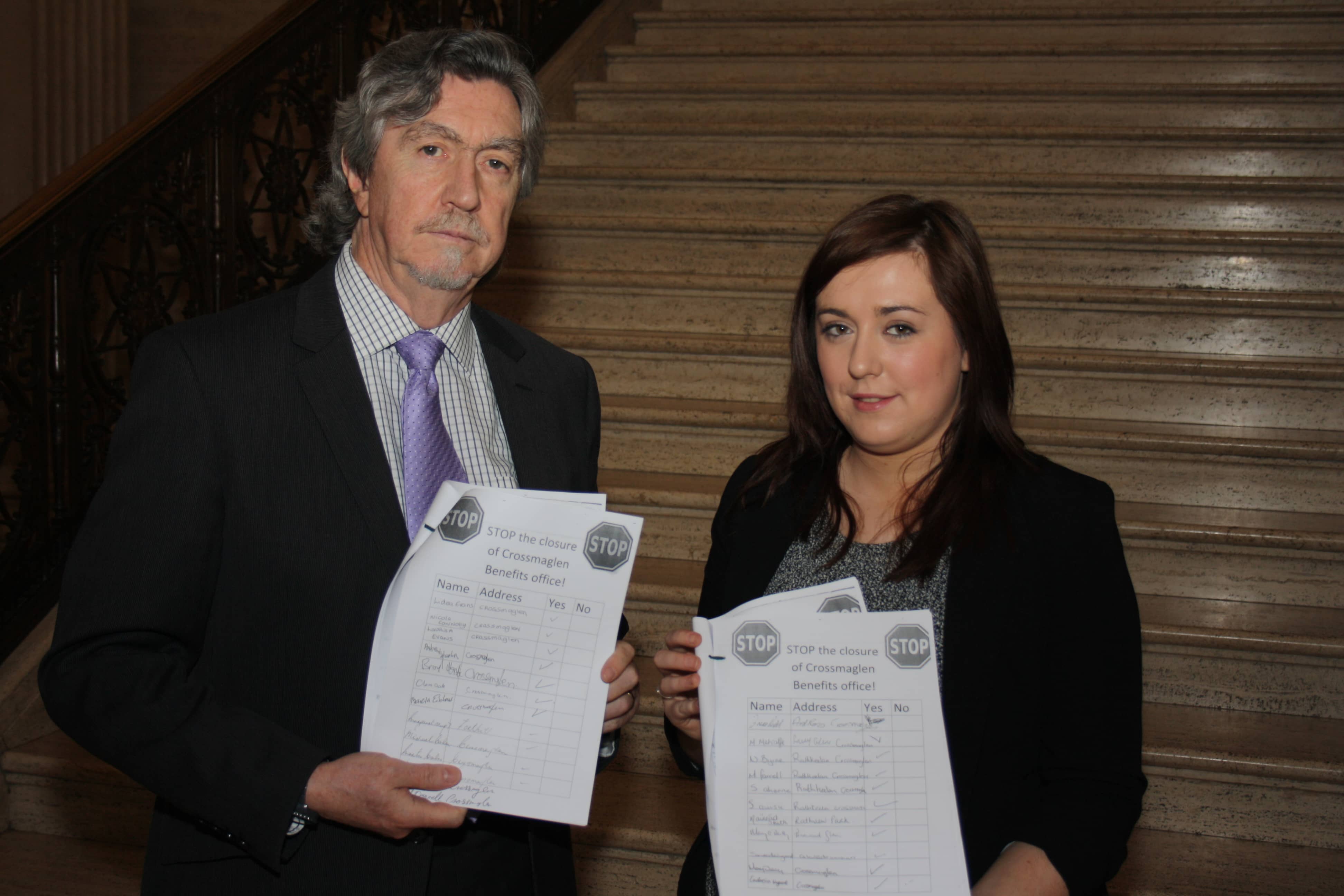 During the past two weeks Cllr Hearty received a petition which had been signed by hundreds of concerned residents of south Armagh.  He passed the petition to colleague Ms Fearon and Mickey Brady, who on Monday 15th April presented it to the Assembly.

“I presented this petition to the Minister to demonstrate the need to retain this vital service in Crossmaglen.” Ms Fearon said.

“It clearly shows the depth of feeling among local people who value this essential service.

“Crossmaglen is one of the most deprived rural wards in the North.  This, coupled with the fact that there is also a high level of disability among the population, means that any reduction in services is very keenly felt.

“The Minister may not be aware but the cost of a Crossmaglen to Newry return bus ticket is in excess of £7.00.  This places a severe financial burden on someone who must survive on benefits.  This is unfair and cruel and I call on the Minister to reverse his decision and retain this office.”

Councillor Hearty has also been besieged by people from Crossmaglen who have tried to use the ‘customer first’ helpline which is designed to replace the permanent office.

“I have received numerous complaints from my constituents who have described the telephone service as a disaster.  One individual was holding on the line for 34 minutes while another hung up after 30 minutes talking to what he described as ‘a robot’.

“These people are entitled to their benefits.  They should not be degraded in this manner and forced to fight for what they are entitled to.  I feel that the service should be renamed ‘customers last’ as this would seem to more accurately describe how people are treated.’