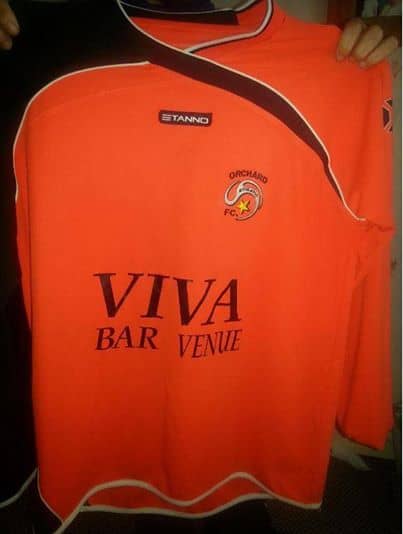 A recently-formed cross-community football club has suffered a major setback after thieves stole their kit from a car in Armagh.

The football kit (pictured) was taken from a silver coloured Renault Scenic which had been parked at Barrack Hill.

It belongs to Orchard Athletic, which is a cross-community football team formed in 2012 and playing in the Carnbane League.

Police say the kit would be of no use to anyone outside of the team and they would like to see it returned.

Anyone who has any information that could help is asked to contact the PSNI on the non-emergency number, 101.