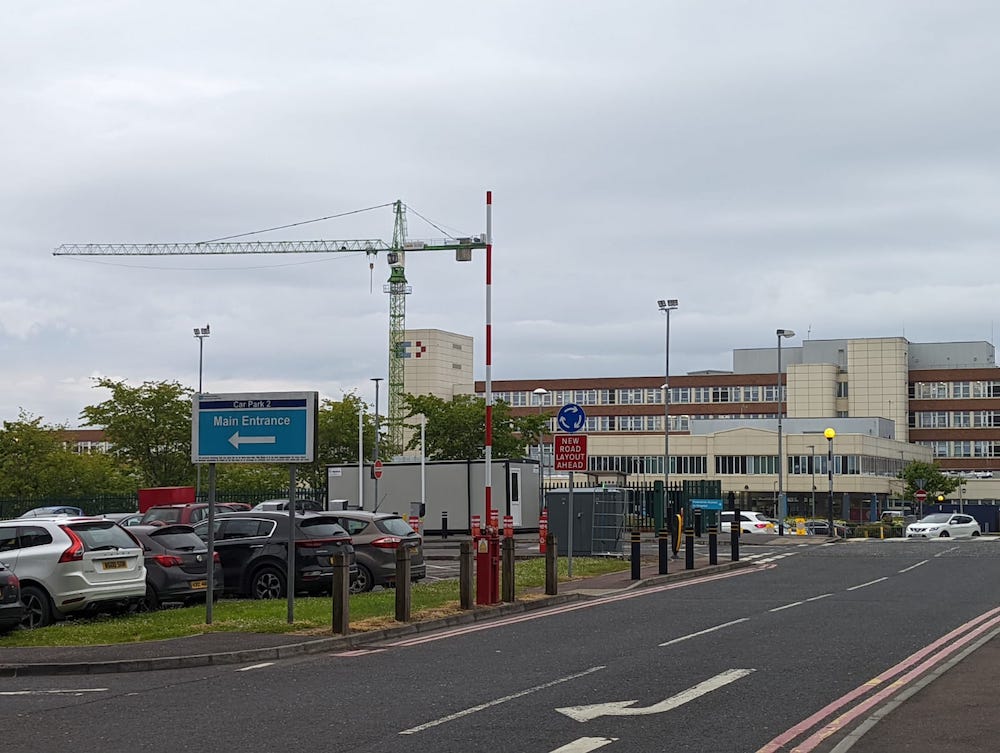 A woman has been given a chance to stop offending and give birth to her baby after assaults on Craigavon Area Hospital staff.

Chloe Tucker, 21, with an address of Northland Road, Derry/Londonderry, appeared via videolink before Armagh Magistrates’ Court, sitting at Newry on Tuesday.

She was charged with disorderly behaviour and two counts of common assault.

The Prosecution outlined that on December 10 of last year, police responded to reports of a disturbance at Craigavon Area Hospital. The defendant was receiving treatment in the A&E when she became violent towards staff.

She was restrained by support staff and “threw numerous punches” towards a doctor and a support worker.

She caused a scrape to the arm of the doctor and bit her left hand, “causing a graze to her skin.” She also bit the left elbow of the support worker “which was extremely painful and caused a superficial cut”.

When police arrived, she was arrested for continuing her aggressive behaviour.

The court also heard that on January 3, the defendant attended Lurgan police station for interview, where she failed to recall being at the hospital but accepted that the incident “could have occurred”.

Commenting, her defence lawyer said that this incident is “characteristic of her record” which is “peppered with common assaults, disorderly behaviours, assaults on police, the vast majority of which occur in or around hospitals or emergency areas.”

He said that a common factor in these incidents had been from reports by members of the public in relation to Tucker’s mental health.

“I’m into double figures in terms of the amount of times this has happened,” he added.

“She has a fight or flight type mode, where she has issues with anybody or anyone in positions of authority. That stems from issues regarding her foster care.

“She was taken into foster care aged eleven and went through a very significant number of very traumatic foster placements.”

Speaking to the defendant, District Judge Anne Marshall said: “Your criminal record is twenty pages long and you’re still only 21. 173 convictions. You’ve turned 21 now and it’s time to, to put it simply –  wise up.

“I know you’ve issues and you’re going to have to get some help with those otherwise you’ll have another 173 convictions in the next couple of years.

“Probation have suggested deferring your sentence for a period of a year to see if you can keep out of trouble, give birth to your baby and then come back.

“I am going to do what probation have suggested, I think this will be better for everybody than an immediate custodial sentence.”

In turn, Judge Marshall opted to defer the sentencing of the defendant for a year, on the condition that if she returned with no new offences on June 13 2023, she would get a suspended sentence.