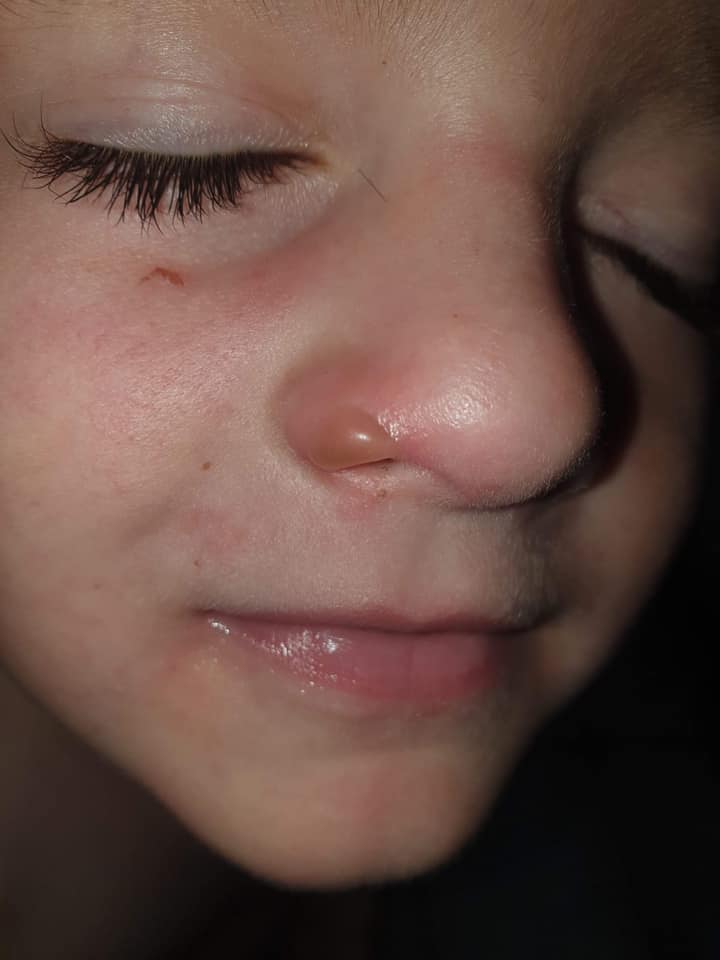 A Co Armagh child was left with blistering to their face after smelling what they believed was a flower growing close to their own garden.

And parents are being asked to speak to their children and advise them to stay away from weeds or plants which they do not recognise.

The incident happened in the Craigavon area.

SDLP Councillor Thomas Larkham has urged the public – and particularly parents with young children – to be vigilant.

He said: “I am making people aware that there are a few weeds out there – other than hogweed – that can cause blistering or skin irritation if you come into contact with them.

“The photo is what happened to a child in Craigavon who smelt what they thought was a flower near their garden.”

Mr Larkham said people need to be aware of the dangers which exist in the presence of plants including Giant Hogweed, Japanese Knotweed, Himalayan Balsam, Rhododendron, Gorse and Salmonberry.

Hogweed and Japanese Knotweed can be particularly dangerous.

“This plant can be very dangerous to humans if it comes in contact with your skin,” he said at the time, having reported it to the relevant agencies for immediate action.

Councillor Larkham said people simply, if they do not know what it is, should not touch it or go near it, insisting that it is much better to be safe than sorry.