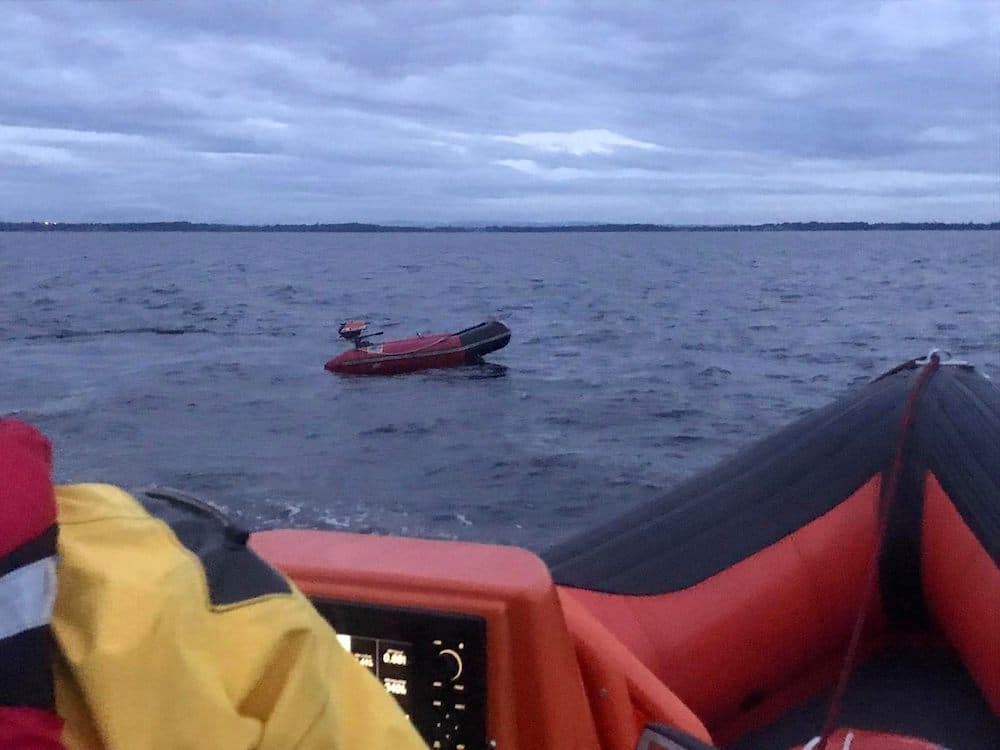 Their small dingy boat has suffered engine failure around 8pm.

A spokesperson for Lough Neagh Rescue said they were tasked by CGOC Belfast Coastguard.

“Our lifeboats quickly located the casualty vessel near Tolan’s flat and took the three people onboard who were quite cold,” the spokesperson explained.

The rescued trio were then transferred to Gawley’s Gate and handed into the care of the Lough Neagh Coastguard Rescue Team.

The spokesperson added: “Our other lifeboat on scene was able to tow the 2m vessel ashore where it was safely tied up at Gawley’s Gate.

“We would like to thank the member of the public who also alerted the coastguard.”