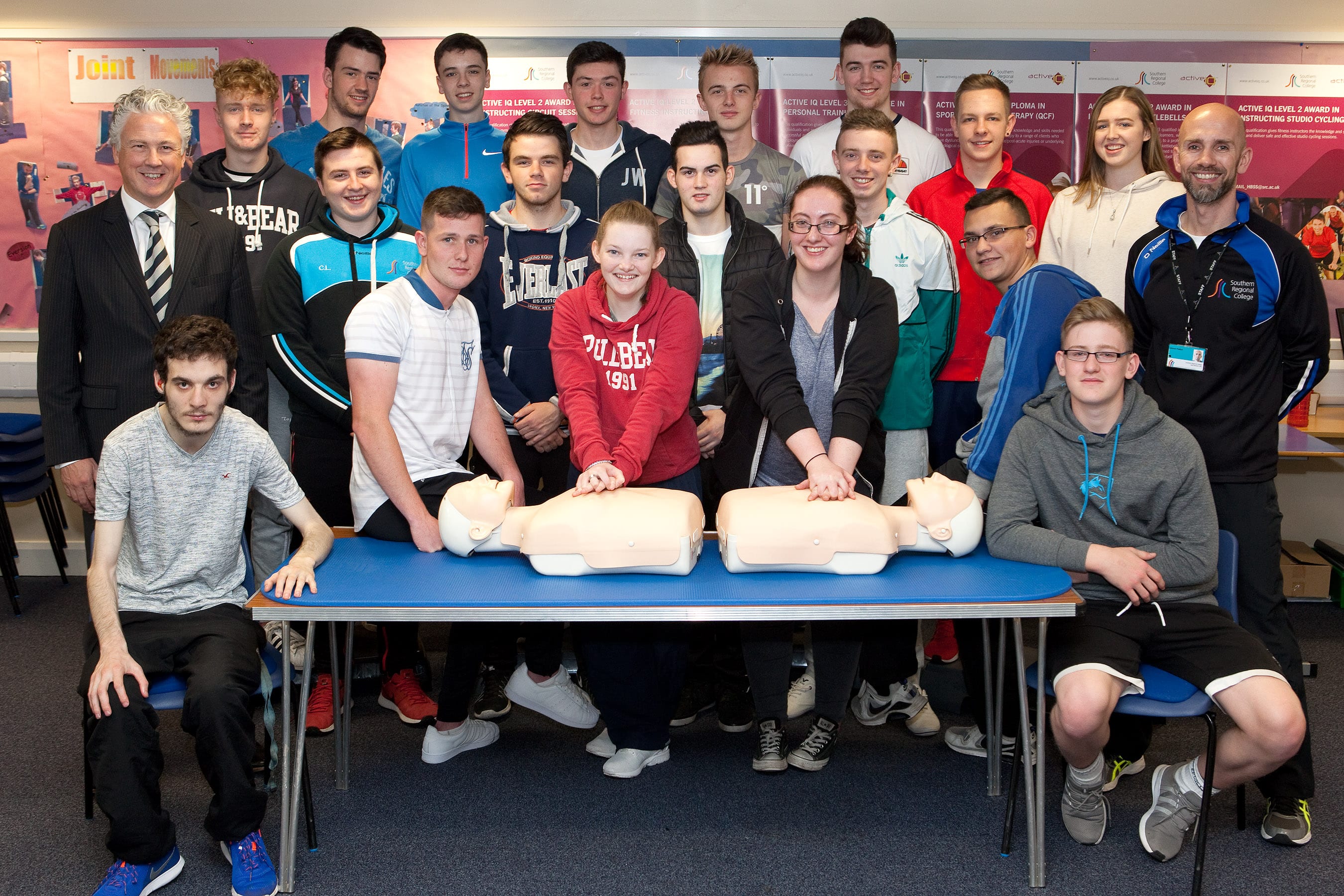 Sports Studies students from Southern Regional College in Lurgan and swimmers from Lurgan Amatuer Swimming Club got the opportunity to learn how to help restart the heart of someone who has suffered a cardiac arrest as part of ‘Restart a Heart Day’.

The UK-wide initiative aims to train more than 100,000 young people in Cardiopulmonary Resuscitation (CPR) in one day so that more people know these lifesaving skills.

Council’s Investing for Health Officer, Cathy Devlin, who delivered the training said: “Currently in the UK fewer than one in 10 people (8.6%) survive a cardiac arrest.

“If we can achieve the same survival rates as found in parts of Norway (25%) where CPR is taught in schools, an additional 100 lives could be saved each week which is equivalent to around 5,000 each year.”