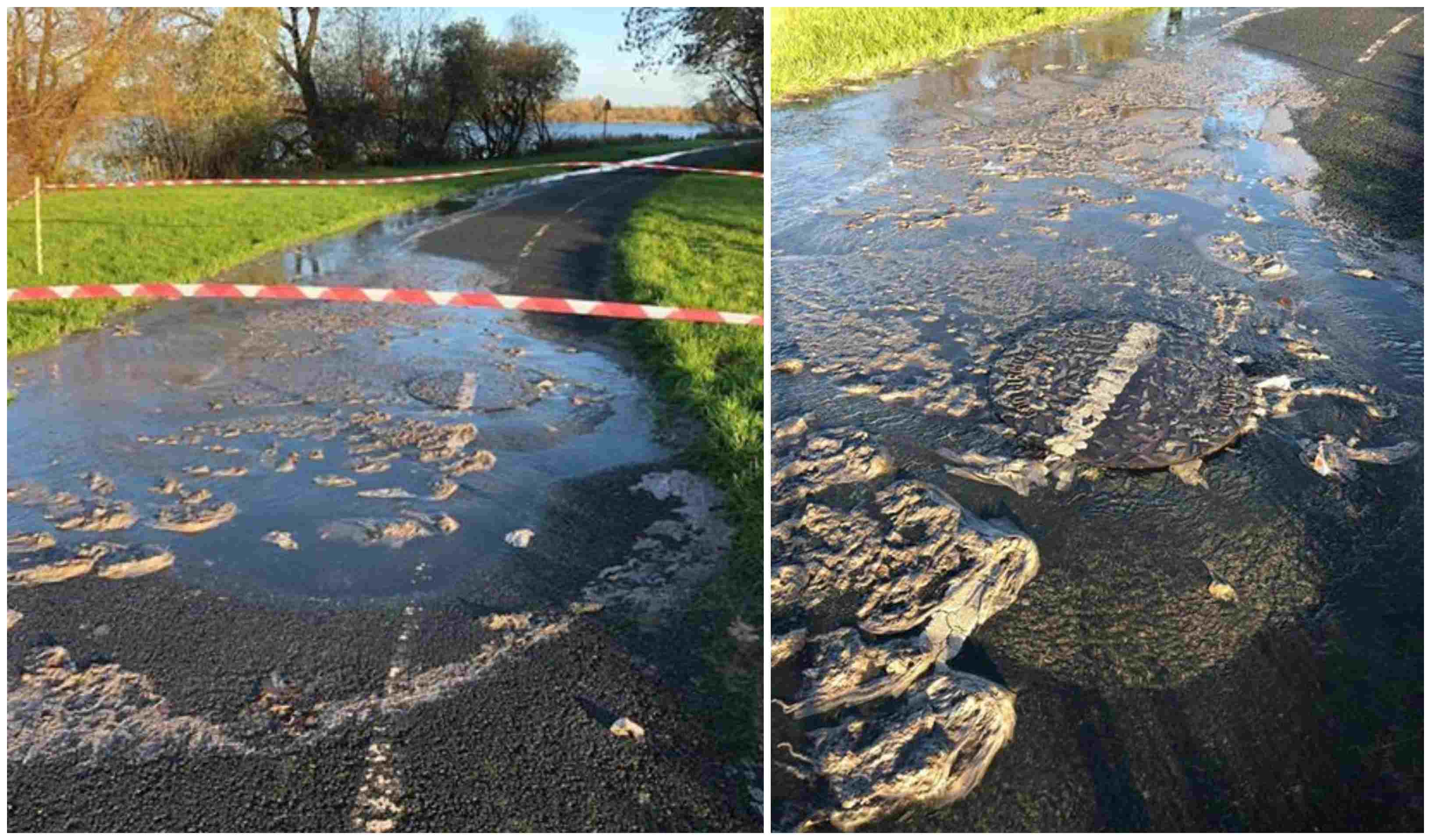 Raw sewage has spewed out of a manhole and covered the ground in the middle of a Co Armagh public park.

The unwanted waste has risen to the surface in Craigavon City Park following heavy and continued rain in recent days, which has left a undesirable mess behind.

Kelly Laverty of the campaign Group ‘Save Craigavon City Park’ said this was another example of why building anything in the Park is a terrible idea.

“If the system can’t cope at the minute with a bit of rain, how is it going to cope with the pressure if the SRC project is allowed to go ahead,” said Ms Laverty.

“There will be more than 3000 students plus staff adding to the sewage problem. We also have the new leisure centre and the waste water coming from it.

“This is human effluent and we have looked up the hazards. It presents a huge danger to humans and wildlife.”

She added: “We are walking, running and cycling through the run off from this leak. It is running into the lakes and some of us swim in that water.

“There are protected species on this site and the water from the lakes runs into Lough Neagh where we get our drinking water.

“We keep saying that the we do not have the infrastructure to deal with Council’s grand plans to redevelop the City Park into a ‘waterfront town centre’ and nobody is listening. It’s time they did!

“The system can’t cope and we should not have to be subjected to this during a walk in the park.”

A spokesperson for Armagh City, Banbridge and Craigavon Borough Council said: “On Wednesday, November 7, Council identified and reported an issue with the sewage system in the vicinity of the south lake in Craigavon.

“This has been reported to Northern Ireland Water who are currently handling the matter.”