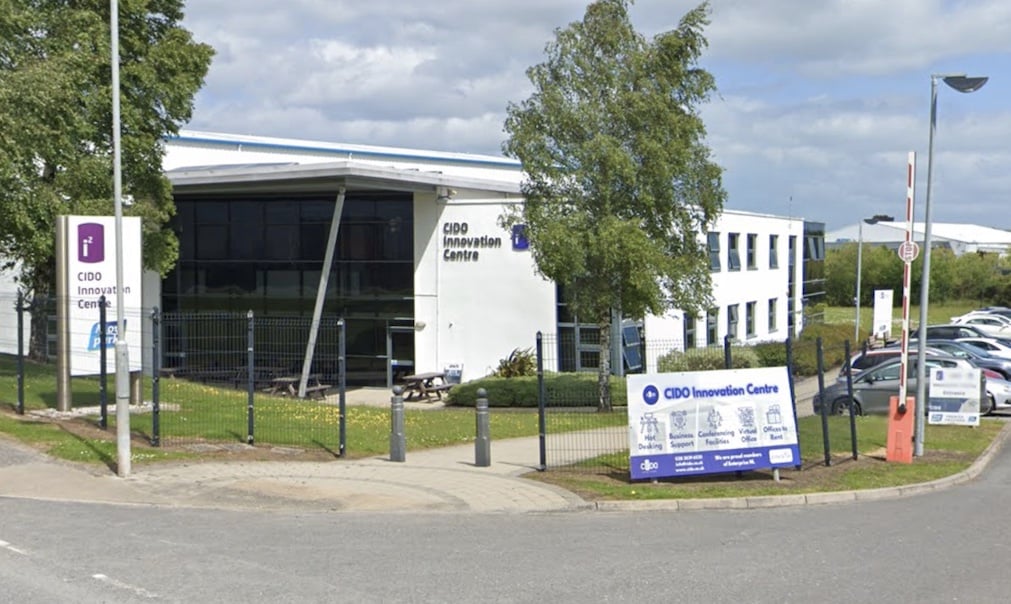 A new development of light industry units could create in the region of 10 jobs.

The proposals would take the form of five new units, which would be built 40 metres east of the CIDO Innovation Centre on the Charlestown Road.

CIDO was established as a limited company in 1985, with a core mission – according to its website – to “create wealth, entrepreneurship and employment in the Craigavon area by assisting the formation of new business and the development and support of existing small businesses”.

The site is described as “existing vacant land” to the rear of the existing I2 Innovation Centre, with a separate existing vehicle and pedestrian entrance off Charlestown Crescent.

The application with council indicates that the site has been vacant since the construction of the industrial estate by IDB/Invest NI.

That now looks set to change if council react favourably to the proposals now before it.

The plan is for a two-storey commercial building, as well as a new enclosed service yard, car parking and ancillary siteworks and landscaping.

The development would consist of five industrial units in a row. Four of the units would have a floorspace of 1,001 sq ft at ground floor, with an additional 500 sq ft available on a mezzanine level.

The fifth is the largest planned and almost double each of the others. It has a total of 1,966 sq ft at ground floor, with a further 1,076 sq ft on the mezzanine floor.

All five boast their own individual toilet facilities, tea stations and storage units.

No indication has been given at this stage in terms of tenants but council has been told that “light industrial processes” would be carried out in each individual unit.

When up and running, it has been estimated that in the region of 10 additional employees would be located at the new centre.

Neighbours – including AJ Power, SAM NI and Dawson Manufacturing and Engineering – have been notified of the proposals.

The plans will now be advertised publicly and a decision returned in due course.